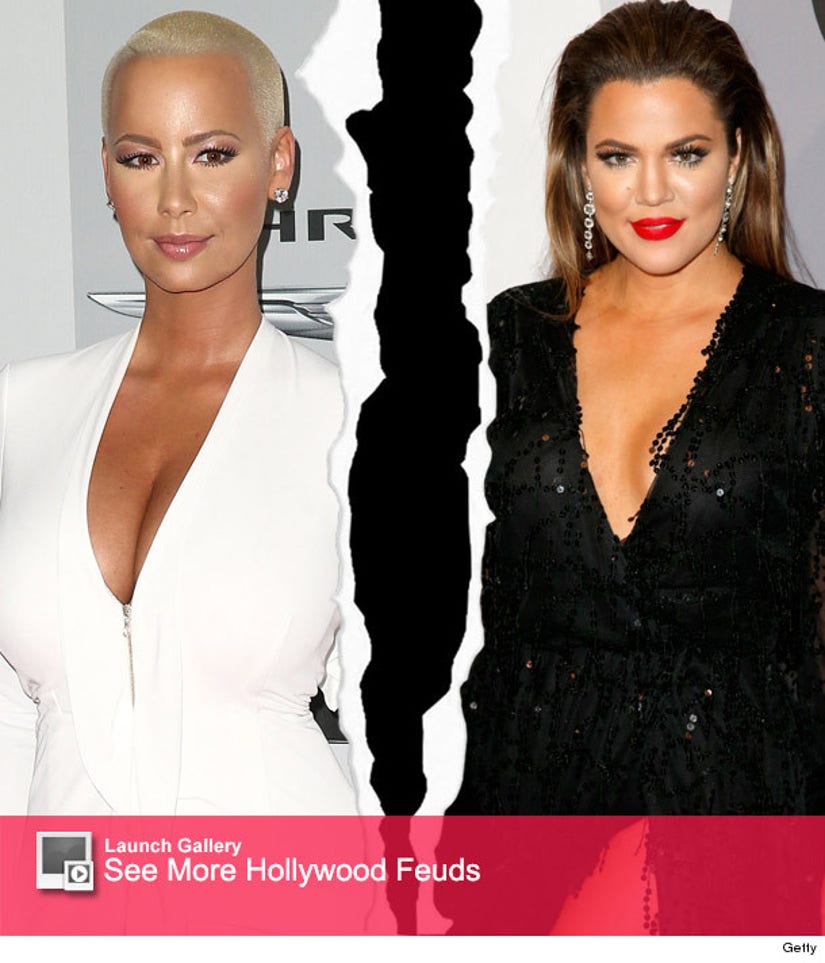 Amber Rose is setting the record straight about her very public feud with Khloe Kardashian.

"I don't hate Khloe. I don't hate her," she told Entertainment Tonight. "I could have totally minded my own business when it came to her sister. But, me being a dancer at such a young age, dealing with older men gave me the humility and knowledge to speak on such a subject."

"I can understand why it came across the wrong way to her. I get it," she added. "But, that's a phone call she could have had with me."

The drama began back in February when Rose publicly criticized an alleged relationship between Khloe's 17-year-old sister Kylie Jenner and 25-year-old rapper Tyga.

During an interview with Power 105.1's The Breakfast Club, Amber said, "That's ridiculous. [Tyga] should be ashamed of himself. For sure. He has a beautiful woman and a baby and left that for a 16-year-old who just turned 17."

Rose's comments sparked a Twitter war with Khloe, who responded by saying, "'I was a stripper since I was 15 years old,' Amber Rose told Foxx. Please don't worry about my sister who has a career & her sh** together at ONLY 17. People who live in glass houses shouldn't throw stones."

Not only does the 31-year-old have a history with Khloe, but her ex-boyfriend (and Kim Kardashian's husband) Kanye West joined in, saying, "It's very hard for a woman to want to be with someone that's with Amber Rose… I had to take 30 showers before I got with Kim."

"We were happy when we were together! And now all of the sudden, I'm getting slut-shamed because we're not together anymore and it's not fair," Rose said of Kanye's comments.

"I deal with it every day. I deal with it via social media. People out on the street. They don't quite understand why I post what I post and how I speak on social media," Rose said, explaining how slut shaming has hurt her and many other women. "I'm sick of it and I'm here for my girls and we're gonna do the Amber Rose Slut Walk this summer and it's gonna be awesome."

Check out the video above to see if Amber wants to mend her relationship with Khloe and find out what she thinks of Kim and Kanye!