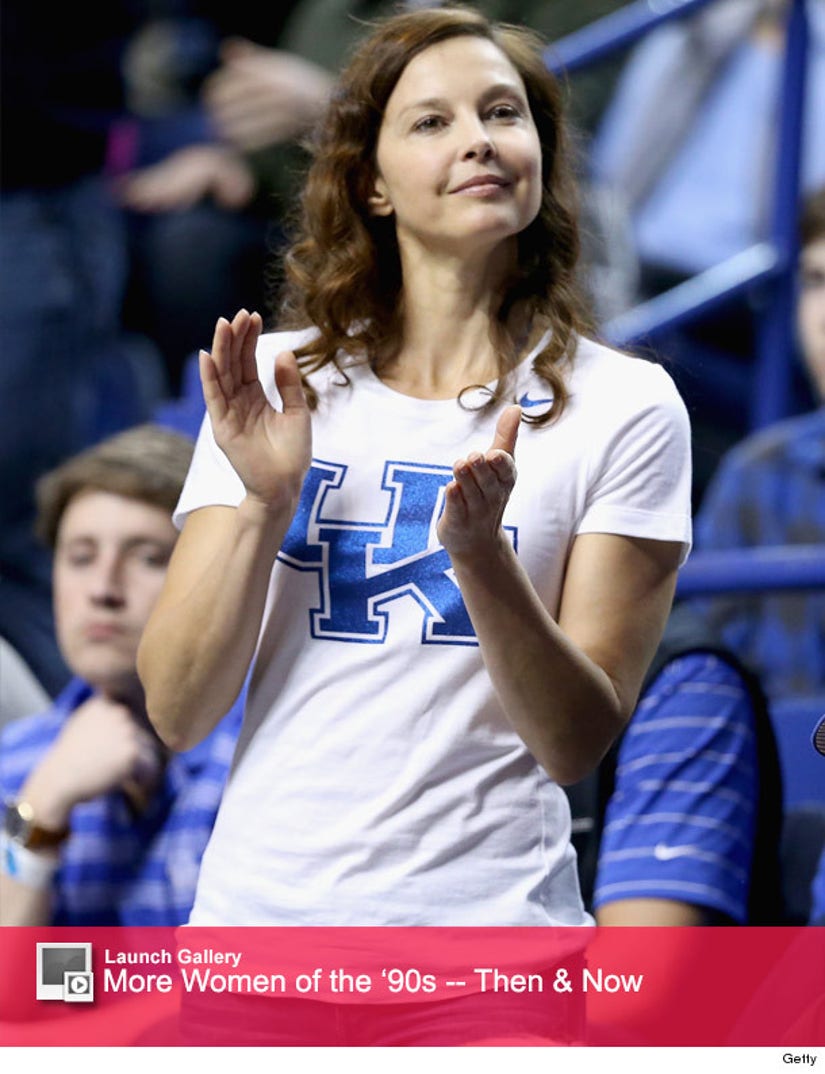 Ashley Judd is taking legal action after she received threats of sexual violence on Twitter.

"The amount of gender violence that I experienced is absolutely extraordinary," she said during a new interview on "TODAY." "A significant part of my day today will be spent filing police reports at home about gender violence that's directed at me on social media."

The actress happens to be an enthusiastic supporter of the University of Kentucky Wildcats, the basketball team of her alma mater. The violent threats she's referring to started after she tweeted about her team's rivals.

"If I were in a more calmed state of mind I would [have] phrased [it] differently," she said on MSNBC Monday. "I might have said, 'I am really disappointed what seems like ultra-aggressive play' ... instead of what I wrote, 'I think Arkansas is playing dirty.'"

﻿This prompted a series of disproportionately hateful responses, something the "Insurgent" star immediately took a stand against. "When when I express a stout opinion during #MarchMadness I am called a whore, c---, threatened with sexual violence," she tweeted. "Not okay."

Judd also retweeted some of her haters' comments, but they are so vulgar, we decided not to post them. Check out her Twitter page to see for yourself.

So, what is the social media site doing to control these hurtful messages?

"We now review five times as many user reports as we did previously," Twitter said in a statement. "And we have tripled the size of the support team focused on handled abuse reports."

Check out the clip above to hear more about Ashley's plans to fight back.