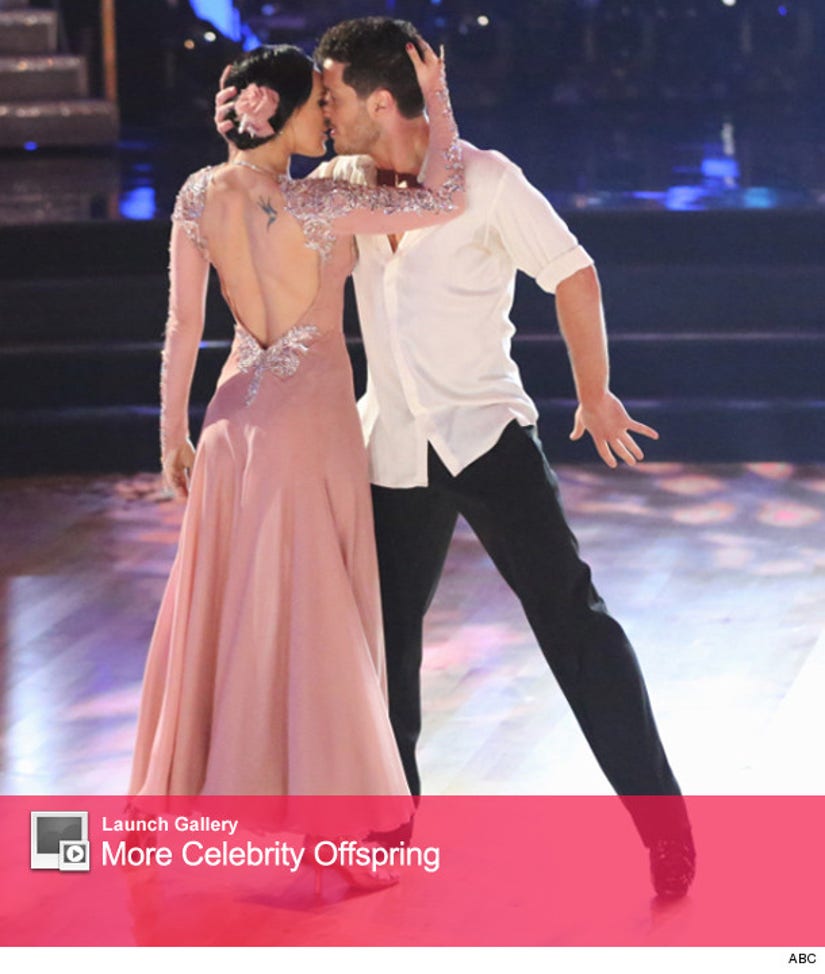 Bruce Willis and Demi Moore are supporting their daughter as she hits the dance floor!

Rumer Willis made her ballroom debut on the season 20 premiere of "Dancing With The Stars" on Monday night ﻿-- and she shocked everyone with her stellar moves.

The 26-year-old star took the floor with her partner Val Chmerkovskiy while her famous parents, and sisters Scout, 23, and Tallulah, 21, cheered her on.

The 59-year-old action star watched his daughter from the front row while her actress mom was seated directly behind.

Rumer danced the foxtrot to Hoziers "Take Me To Church" in a pale pink embellished backless gown and a complimentary rose in her hair. 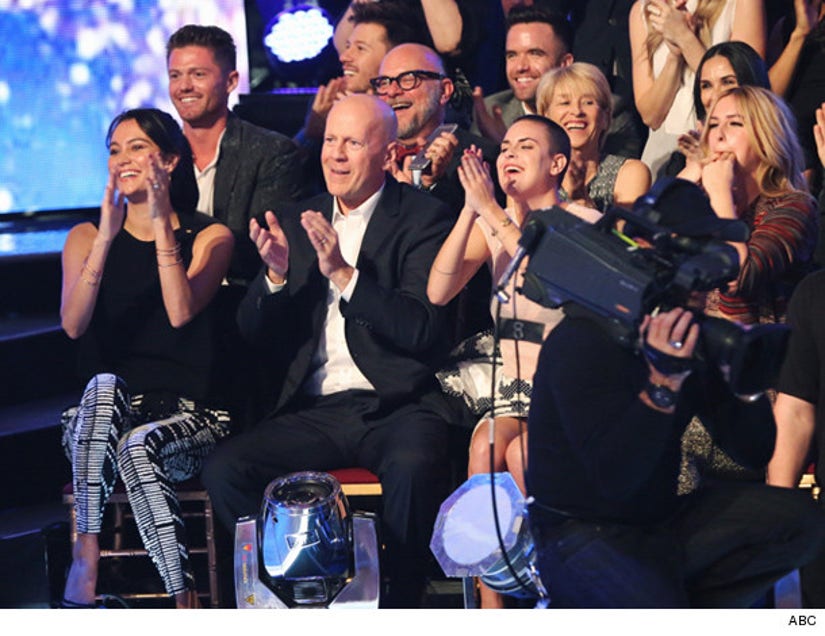 The "House Bunny" star did so well with her fancy footwork that she even impressed the "DWTS" judges!

Rumer and Val placed number one in the competition for the night, earning a final score of 32, with judge Julianne Hough calling them the "ones to watch".

But they weren't the only couple who blew the judges away!

What did you think of Rumer's "DWTS" debut? Sound off below!