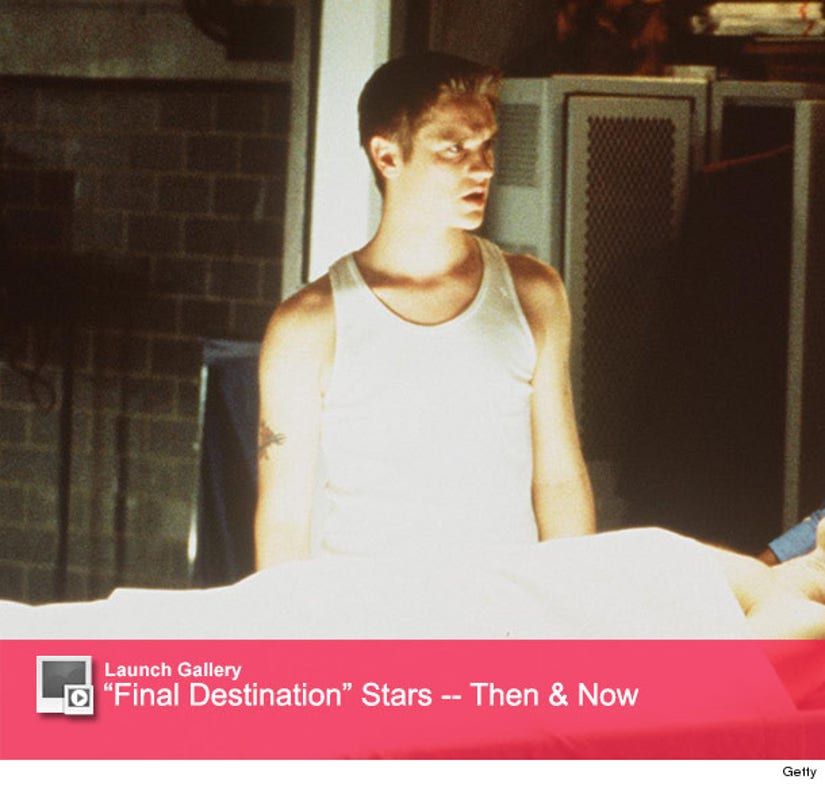 It's the film franchise that made us fear everything from shower strangulation to parallel bars. Yep, we're talking about "Final Destination."

The first installment came out 15 years ago, starring Devon Sawa as a high school student who has a vision that he and his friends (including Ali Larter, Kerr Smith, Seann William Scott) will die in a horrific plane crash. When he prevents the accident, Death itself tries to set things right by killing those who momentarily escaped its clutches.

While the 2000 hit movie had mixed reviews from critics, it was a big hit with fans. The Rube Goldberg-inspired film received a Saturn Award for Best Horror Film and earned Sawa an accolade for Best Performance by a Younger Actor.

The fifth film, which came out in 2011, brought everything full-circle ... ending with the events that kicked off the franchise 11 years earlier. Right now, it's unclear whether a sixth or any future installments will see the light of day.

So what happened to the young stars of the first flick in the past 15 years? Check out the gallery above to see what they've been up to ... and what they look like now!