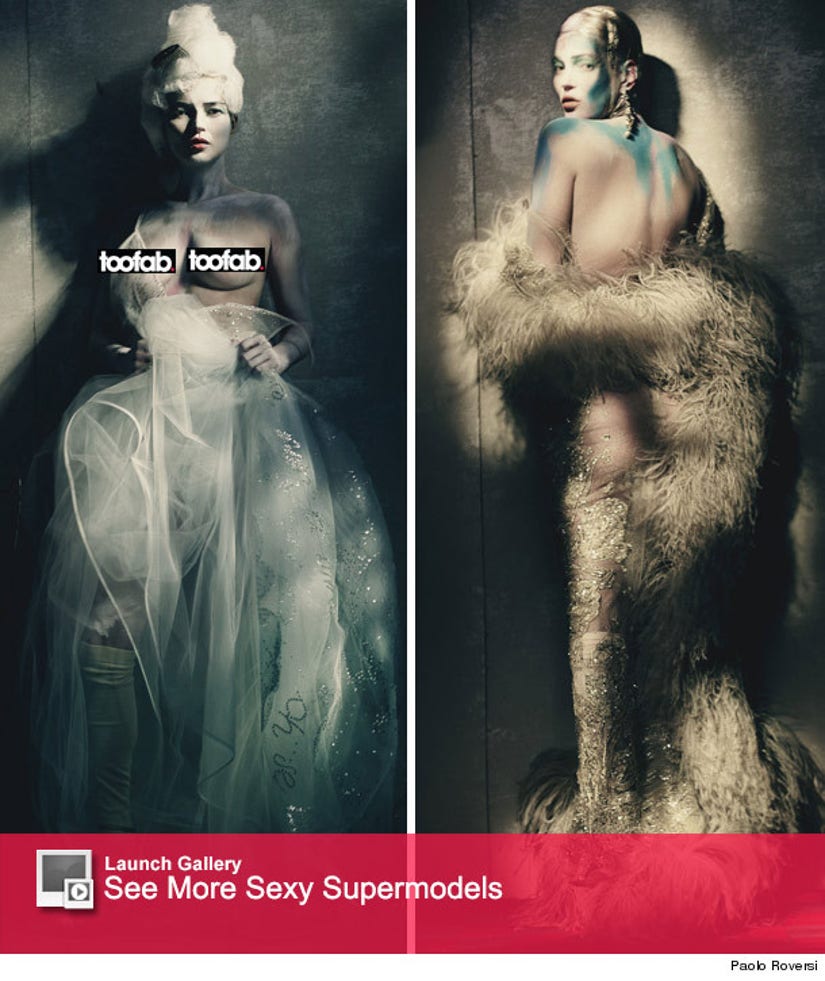 Kate Moss' reign is not even close to being over!

The British supermodel steams up the pages of W Magazine's April Issue -- featuring cover star Alicia Vikander -- where she poses topless in some crazy couture.

In the pics, the 41-year-old beauty struts her stuff in a series of high-fashion snaps taken by famed photographer Paolo Roversi. 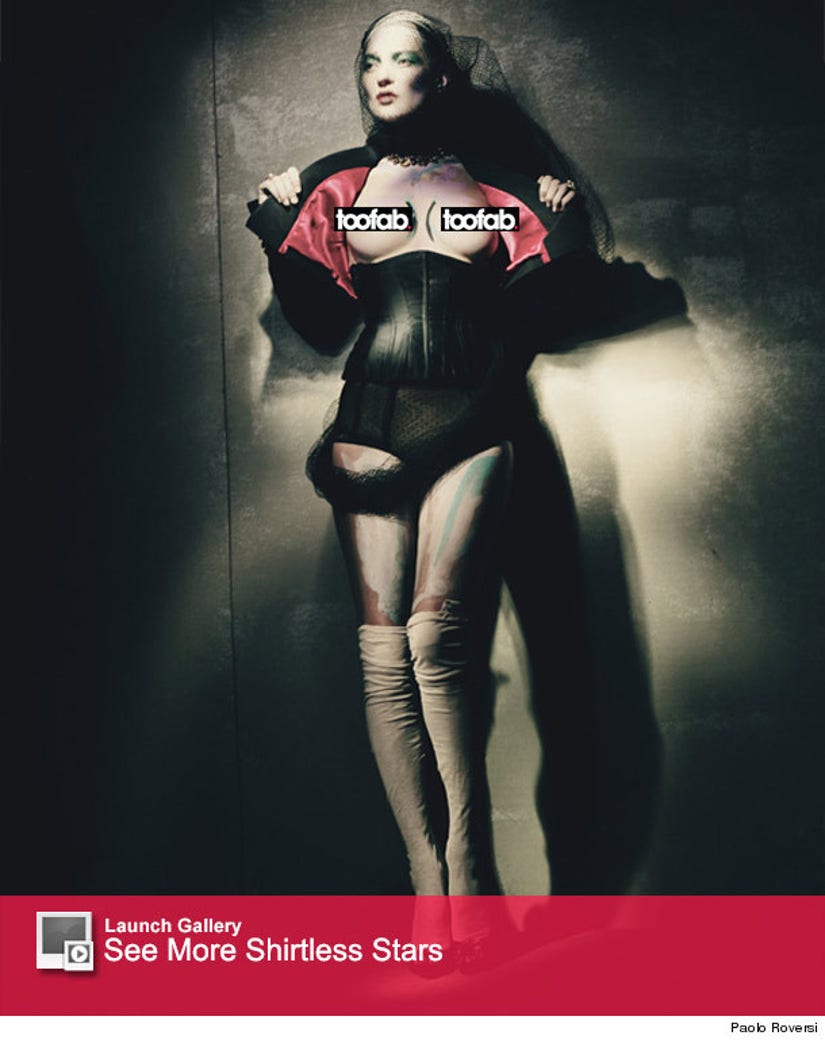 The sexy supermodel is no stranger to nudity!

Kate went topless on the cover of W Magazine back in November, standing alongside fellow models Daria Werbowy, Lara Stone, and Raquel Zimmerman, in a pair of ultra low-rise jeans, red briefs, and, well, nothing else.

The model also bared her bod in the 60th anniversary edition of Playboy, where she opened up about the longevity of her career and her hatred of the paparazzi. 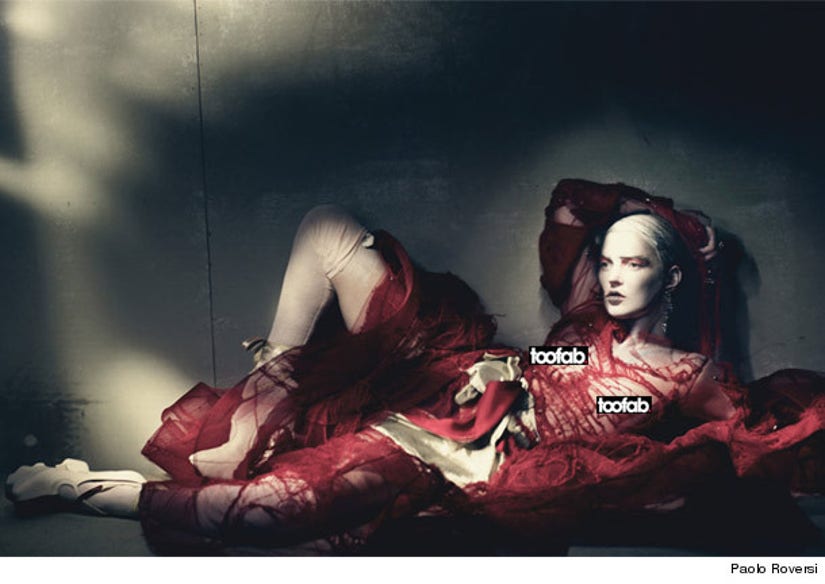 While Moss is no stranger to appearing in front of the camera, she likes to keep her personal life private. "I am so shocked. There are no boundaries anymore," Kate said about the paparazzi.

"I went to Portofino with my husband for our anniversary. We took a private plane from Glastonbury, and I didn't think anyone knew where we were going. We got there and what was there? F---king paps. Bastards!" she added.