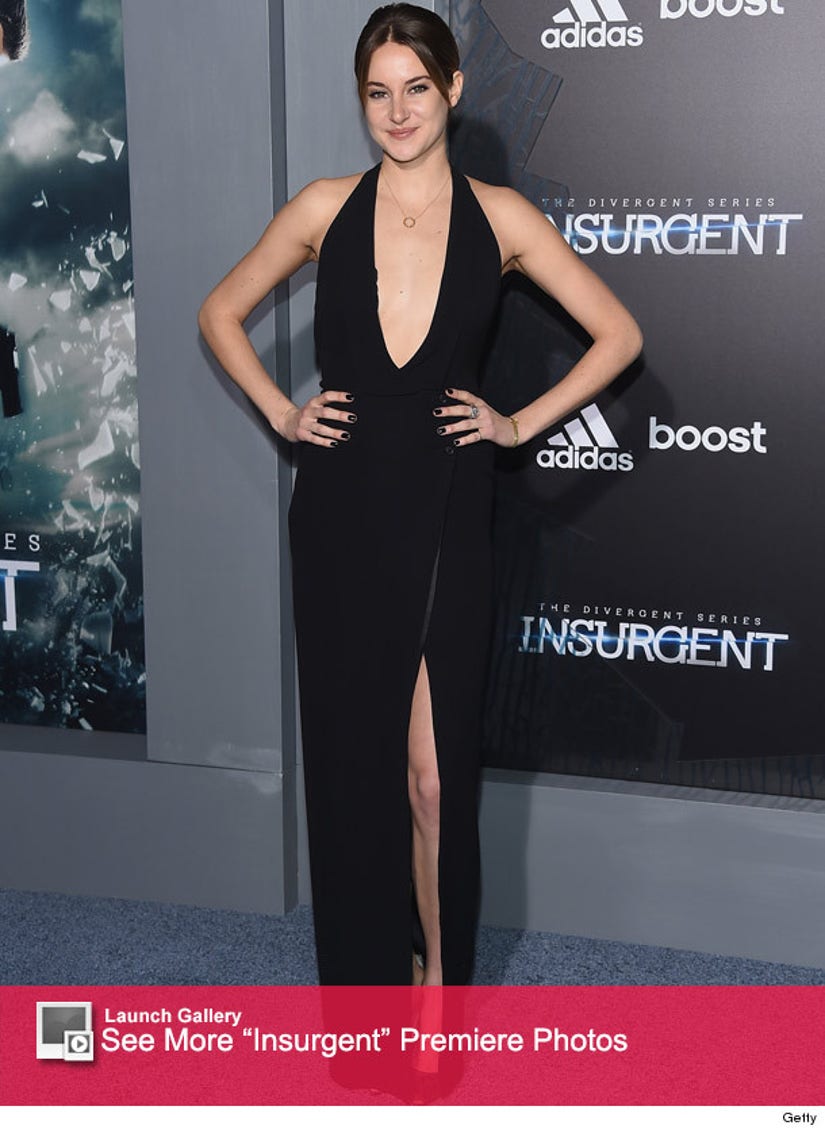 The 23-year-old star stunned on the red carpet in a tuxedo-inspired Ralph Lauren dress with a plunging neckline and a high slit.

Ashley Judd also must have gotten the plunging-neckline memo, because she also wore the sexy cut!

The 46-year-old beauty brought a touch of spring to the carpet in a floral lilac Badgley Mischka gown, styling the look with a matching pink lip and soft waves. 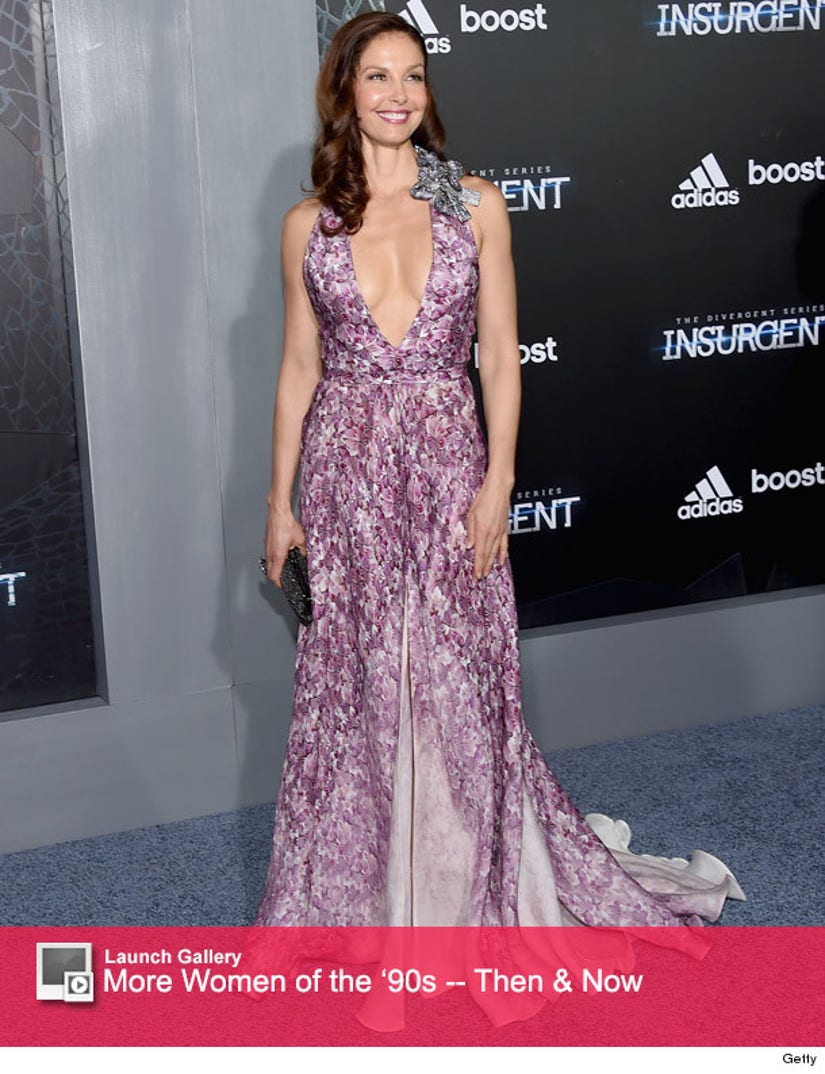 The stars of the flick recently dished about some of the crazy stunts we can expect from the second installment of the "Divergent" series.

"There's one really rad sequence when Tris is chasing a house," Shailene told us during a press conference. "One day we had four or five stunt doubles there -- a bunch of women with short hair in the same outfit -- which was pretty funny. I got to do a lot when the house was tilting."

"We were on wires and could slide down. And there was one moment when the house was tilted at almost a 90-degree angle -- and that felt pretty badass," she added.

We can't wait to see her in action!

Click "Launch Gallery" above to see more celebs at the "Insurgent" premiere.