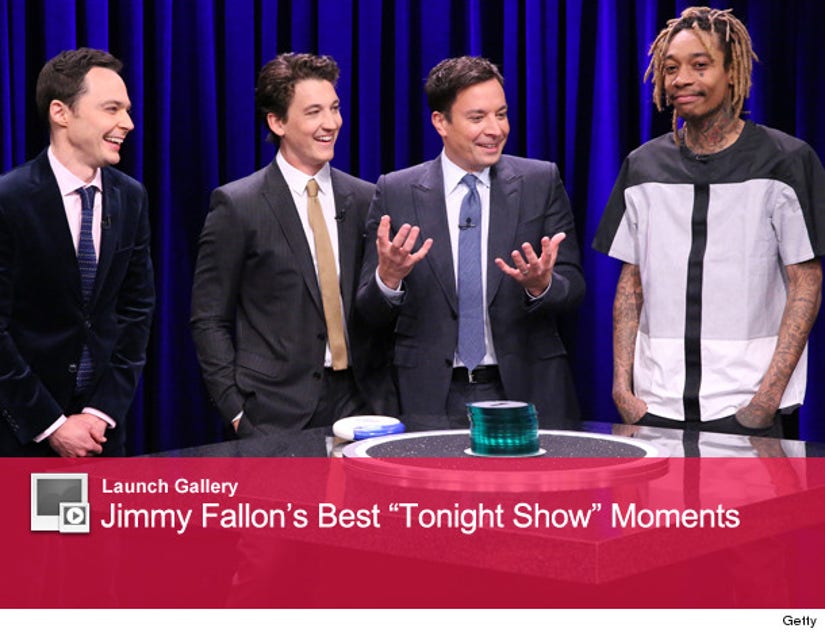 Is there any game that Jimmy Fallon doesn't play with his guests?!

On Monday night's episode of "The Tonight Show," the late night host got a group of random celebs together to take part in a hilarious game of "Catchphrase."

Fallon enlisted Jim Parsons, Wiz Khalifa and "Divergent" star Miles Teller to battle it out in a few rounds of the guessing game.

"The Big Bang Theory" actor was paired with Fallon while Wiz and Miles were on the opposing team.

Surprisingly, no one was better at the silly party game than the "We Dem Boyz" rapper, who maintained his usually cool and calm demeanor.

The first round saw both teams flying through the phrases until Jim was stumped by Fallon's "running man" clue.

For the last round, Wiz drew a blank when Miles referenced a Taylor Swift song for the phrase "Shake It Off". It was pretty obvious that he had no idea who the blonde pop star is and probably doesn't know any of her hit songs.

Watch the video above to see the hilarious moment when Wiz gets confused -- and see who wins the intense game!