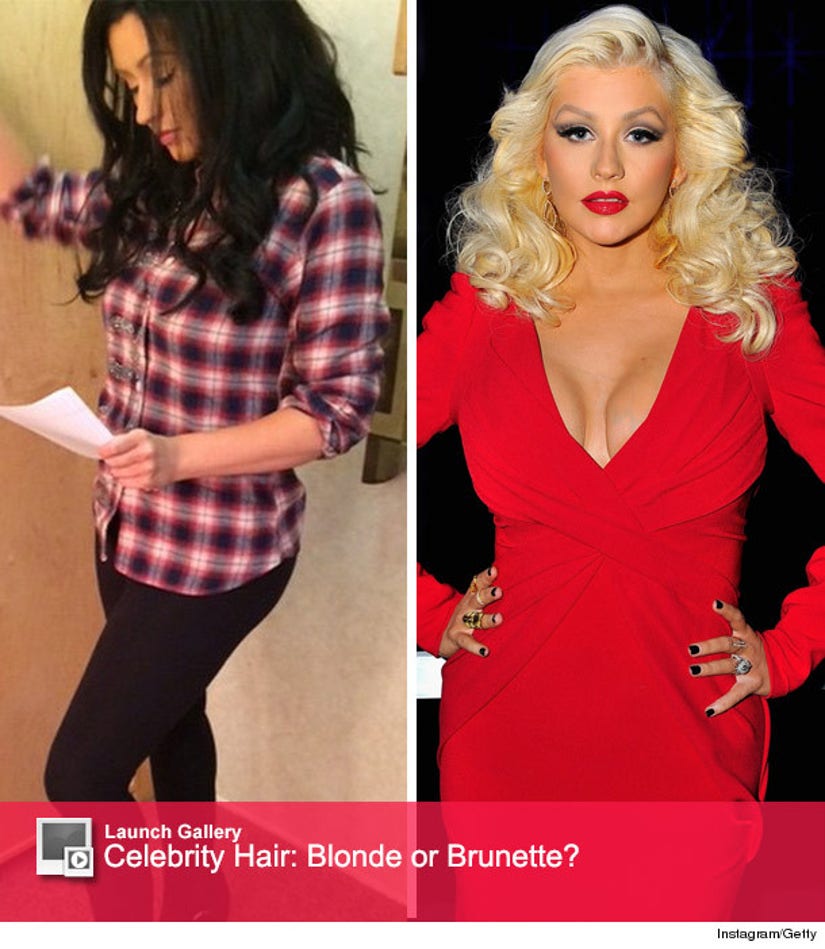 Christina Aguilera's going to the dark side!

The pop star showed off her voluminous brown tresses via Instagram on Tuesday, while posing for a pic as she studied her script for her latest stint on the TV series "Nashville."

"Jade's been busy studying her lines. Can't wait for #Nashville!," the 34-year-old captioned the pretty pic.

Xtina's signed on to appear in a handful of episodes on the country-music drama, and she even shared a sneak peek from the set just last week. 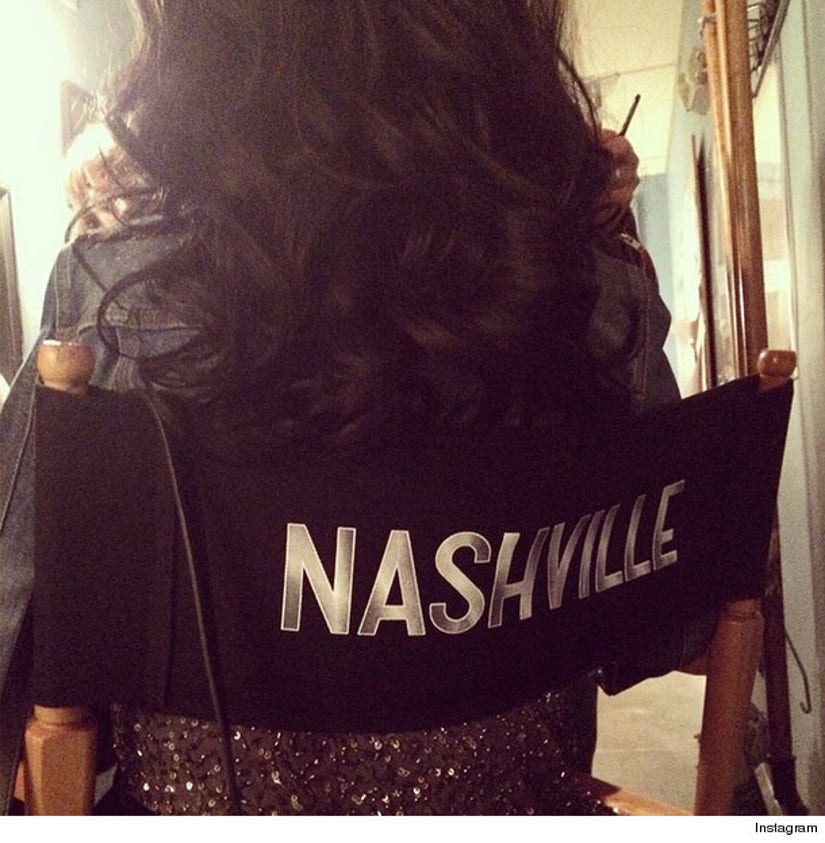 "Look at all that hair! Having lots of fun on the set of #Nashville. More to come!," she posted with the behind-the-scenes photo.

The "Beautiful" singer told the Hollywood Reporter in February that she'll be playing a pop star trying to make it in Nashville on the hit ABC series.

"I am excited to try something different, as I do think in life, and in music, experience just adds to the creative process," she said last month while promoting "The Voice." "[My character] is a successful pop singer who desperately wants to move into the country world, as that is her true passion. But she is caught between her passion and what the label wants her to do."

We can't wait to see the mother-of-two show off her country-singing chops on the show!

While we're loving the "Fighter" singer's new dark 'do, we have a feeling this is just a temporary look -- but, if the color is here to stay, it wouldn't be the first time the songstress has dyed her hair dark! You might remember Christina briefly rocked black tresses back in 2004.

What do you think about Aguilera's new color and "Nashville" gig? Tell toofab in the comment section below and click "Launch Gallery" above to see more stars who've been blonde and brunette!