Justin Bieber and Madonna are spilling all of their dirty secrets!

The "Joan Of Arc" singer continues #MadonnaWeek on "The Ellen DeGeneres Show" on Tuesday, where she offers up some intimate details about her sex life during a game of "Never Have I Ever."

Before Madge and Bieber get down to business, the Queen of Pop disses Justin's attire, asking him why he's dressed like a sheriff! 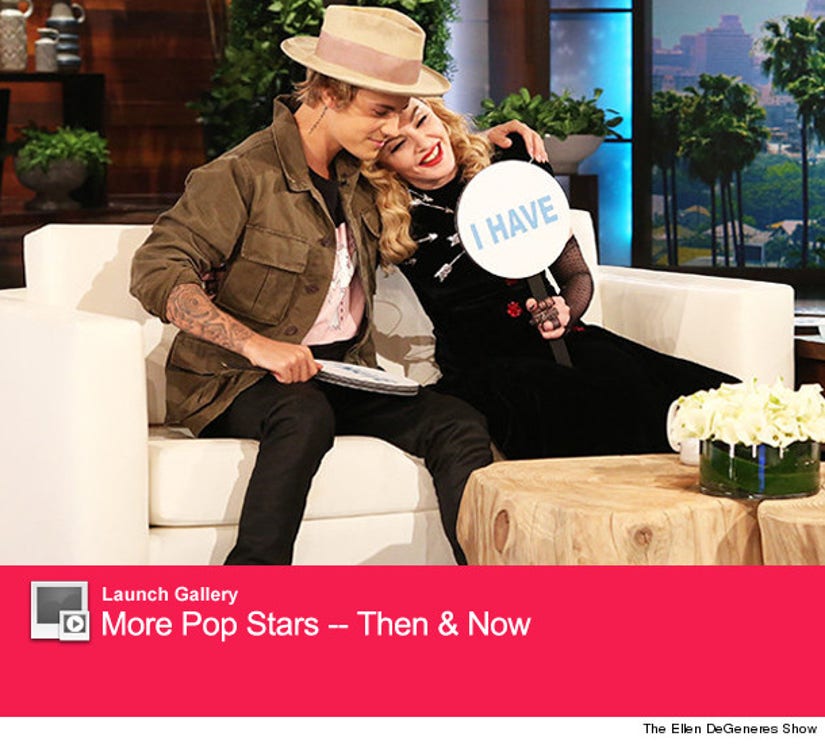 The talk show host then starts the game by asking her guests whether they ever had phone sex, to which Ellen and Madonna both admit they have.

When the 56-year-old singer sees that Justin hasn't, she says, "You liar!" Ellen also gives him grief when he denies ever getting kicked out of a bar. "I just turned 21!" Justin quips with a laugh.

All three cop to fooling around in a bathroom at a party, as well as to dating someone AND their sibling. Check out the clip above to find out who has had sex with more than two people in one day!

In a separate interview, Justin opens up about his recent Comedy Central Roast.

"You said something really, really sweet at the end," Ellen explains. "Kevin Hart said you should have a minute to talk ... I read what you said and it was really sweet."

"I was just talking about it being a new chapter for me, and basically saying that, I'm sorry for the stuff that I've done," he admits. "It's not like I'm not searching for people's approval, but I want people to know that that's not me, and I was doing stuff that wasn't me."

Watch the video to see what else Justin says about his bad boy past!