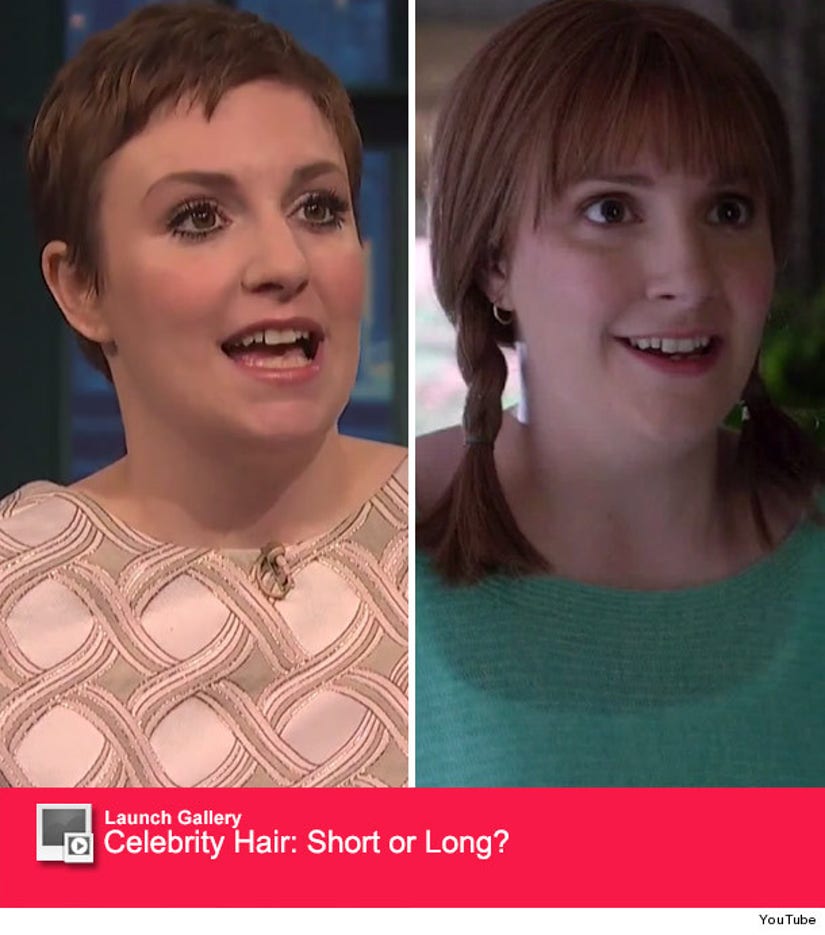 The "Girls" star stopped by Wednesday's "Late Night with Seth Meyers," where she showed off her new pixie cut and talked about her recent stint on "Scandal."

"Your haircut is outstanding," Seth told Lena when she sat down. "I'm premiering it right here on this show," the 28-year-old joked.

The "Saturday Night Live" alum also asked the actress/writer about her guest starring role on the hit ABC drama -- and Lena sounded super excited about her recent appearance.

"It is the culmination of, I'm not going to say a lifelong dream, because 'Scandal' has only been on for about two and a half years, but longtime. Longtime dream!," Dunham confessed.

The actress, however, did receive some flak about her wig on the show, which Lena said was entirely her idea.

"To save Shonda [Rhimes] any surrus, as we say in the Jewish community, I wanted to say that the wig was my idea and that this was not Shonda's narrative choice," the brunette beauty confessed.

The best-selling author also couldn't help but gush about Kerry Washington and her impeccable style.

"She wears her heels all day like the boss she is...dripping with class and diamonds!," Dunham revealed.

What do you think about Lena's candid comments? Tell toofab below and check out the gallery above to see more stars with long and short hair!