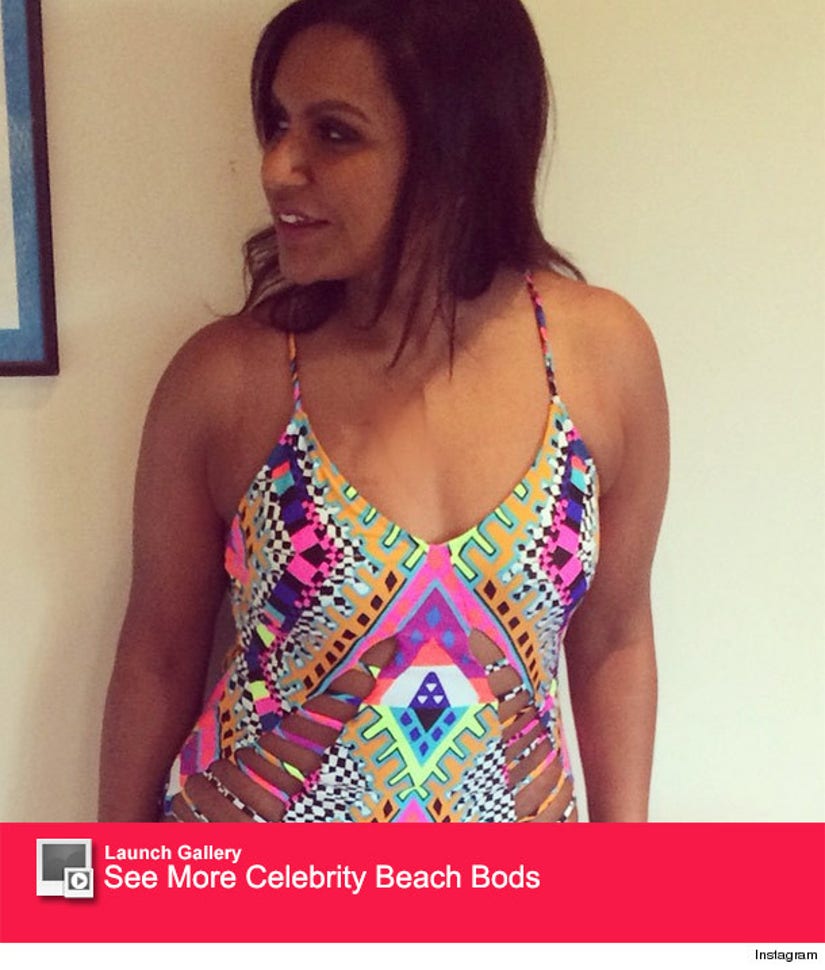 Mindy Kaling isn't afraid to show off her bod!

The 35-year-old actress took to Instagram to share a pic of her smokin' hot beach bod in one super-sexy one-piece swimsuit.

"#nofilter needed for my new @marahoffman one piece which literally looks good on EVERYONE," she captioned the pic, giving props to the designer. "Trying to channel @miamatangi on vacation."

The "Mindy Project" star is clearly proud of her curves, and she's been very vocal about her stance on positive body image. Last year, Jimmy Kimmel asked her about reports that she didn't "want to be skinny."

"People were like, 'That's so great that you said it,' and I didn't think that was so weird. Every woman I know feels that way," she told the late-night host. "I wear these outfits and stuff. I'm not skinny, but I'm an actor, which...that never happens in the world of regular-sized people and actresses."

"I also am the recipient of a lot of backhanded compliments about it, where people are like, 'It's so nice that Mindy Kaling doesn't feel she needs to subscribe to the ideals of beauty that other people do.' And I'm like, 'I do subscribe!' They're like, 'It's so refreshing that Mindy feels comfortable to let herself go and be a fat sea monster,'" she added. "By the way, I like run and work out. It takes a lot of effort to look like a normal/chubby woman."

The sexy star has proven that you don't have to be a size 2 to look amazing in a bathing suit, right?!