In a new sneak peek of the "Real Housewives of Beverly Hills" three-part reunion, we're finally getting to see what goes down when the ladies of Los Angeles confront each other over all the drama this season.

From cheating allegations to assault accusations, nothing is off limits -- check out the video above to all the drama!

In the clip, Brandi Glanville confronts Lisa Rinna about her crazy wine glass stint. The actress tries to deflect when she asks the mother-of-two what's the difference between her breaking a glass and Brandi throwing wine in someone's face ... but Glanville has the last word when she says "it's called assault and battery, b--ch!"

But it doesn't stop there, Kyle Richards goes after Brandi about that unfortunate tampon string incident and lashes out at her sister Kim Richards when talk turns to the 50-year-old's dog attacking Kyle's daughter.

Kim also brings up those Harry Hamlin cheating rumors ... which sounds like she's accusing the actor of having an affair on Rinna.

Needless to say, these women have no problem airing all of their dirty secrets this time around!

Are you excited for the "Real Housewives of Beverly Hills" three-part reunion? Tell toofab in the comment section below and check out the gallery to see more "Housewives" before the fame! 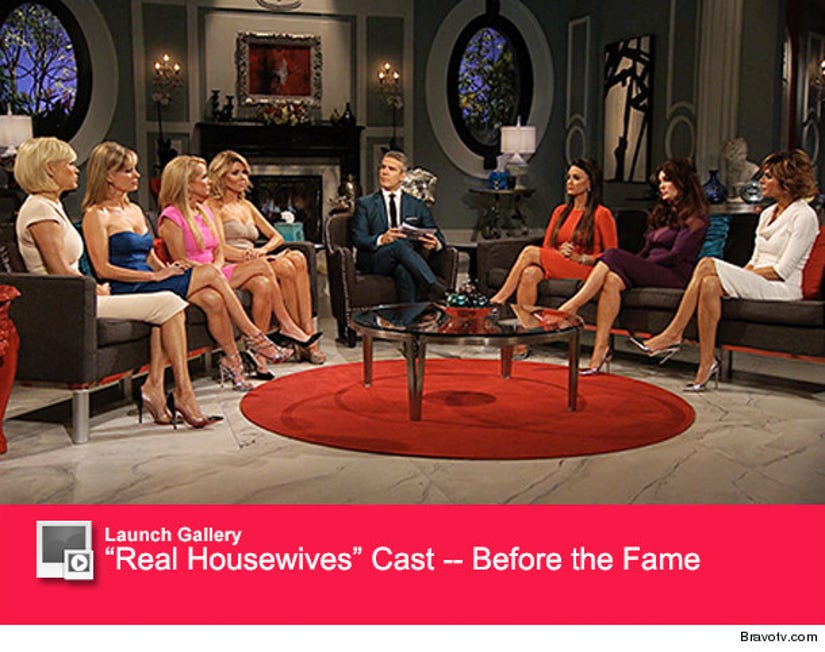