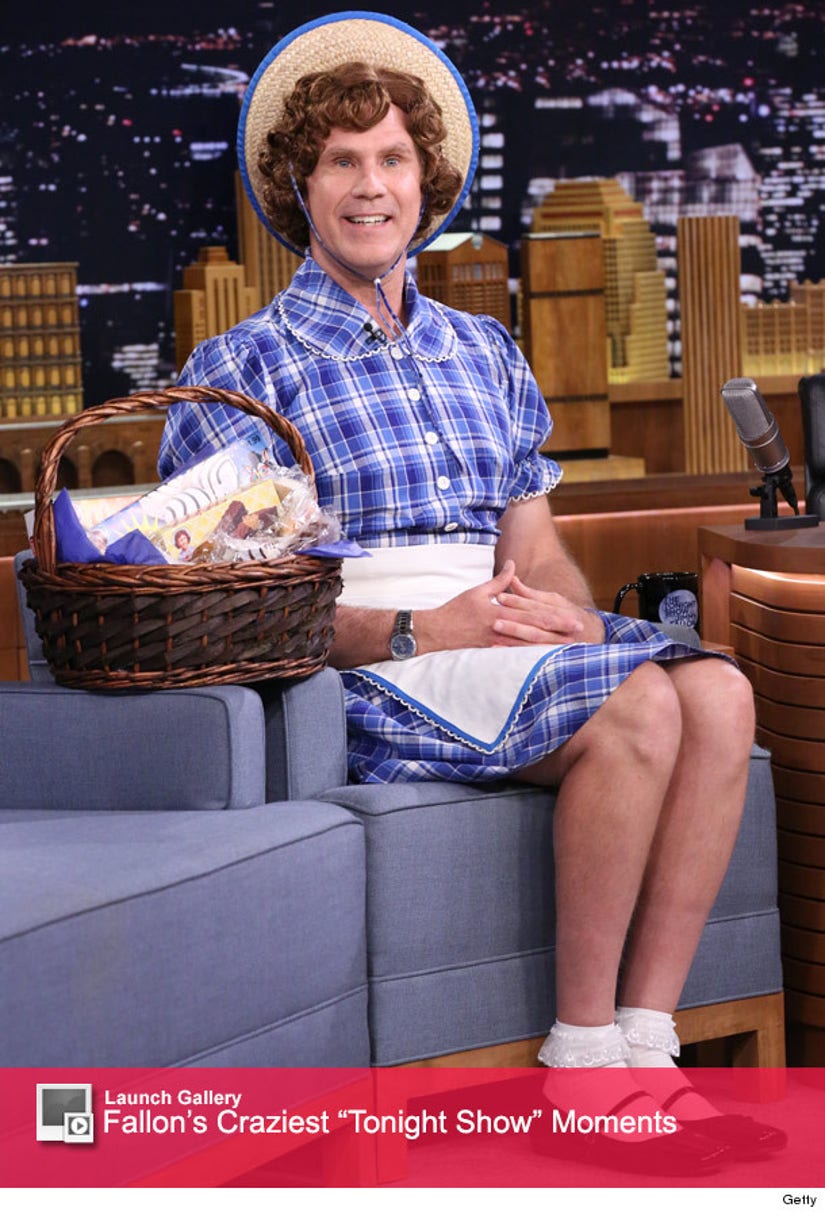 We're still scratching our heads after watching this interview!

Will Ferrell stopped by "The Tonight Show" on Wednesday to promote his new movie "Get Hard" -- but, he decided to dress as Little Debbie, of Little Debbie's snack cakes.

"Let's be honest, Jim," the actor said. "I'm not the Hollywood hunk I once was. This mug ain't making the moola like it used to."

As a result, he's apparently become the new face of the sweet treats!

Fallon sat by while Ferrell spoke directly to the audience, telling them that by being at the show taping that night, they all have the "opportunity to go out and buy a packet of Little Debbie snack cakes!”

It's unclear how much the late-night host was is in on the joke, but he tried to play along.

The interview took another weird turn when Will referred to Fallon as "Jim" and, at one point, he called him, "Smiles the Clown sitting on his leather throne."

When Fallon attempted to interview Ferrell about his new movie, the comedian refused. "Please call me Little Debbie," he insisted, before proving that he could tell the difference between a baked potato and a snack cake.

Check out the strange but funny interview above -- you don't want to miss Will's baby talk!