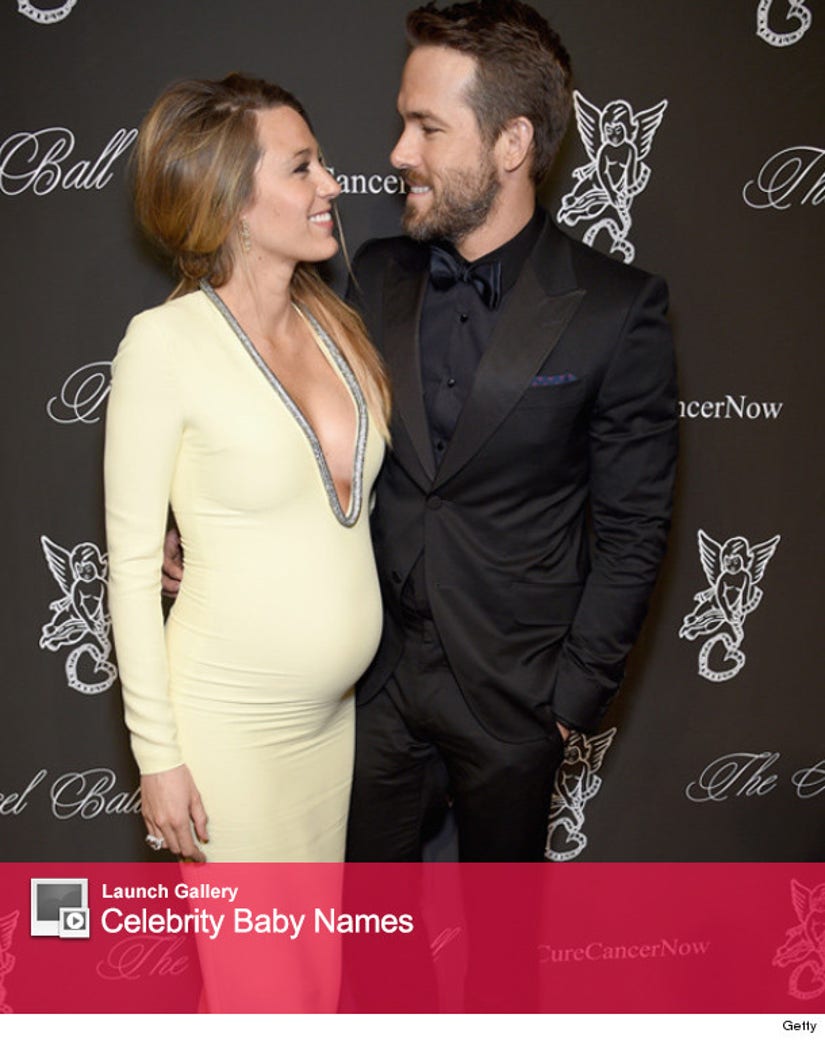 It's the moment we've been waiting for!

Three months after the birth of their baby girl, Ryan Reynolds finally revealed what he and wife Blake Lively named their daughter.

"It's Butternut Summer Squash," the actor ﻿joked during an interview on "Today." "No, it's out there. It's James. Everyone knows."

"I told everyone who would listen before it was out there that I didn't want to be the first guy screaming it out to the media because, as we know, little girls turn into teenage girls and little teenage girls sometimes scan through the archives and go, 'Why did you do that?'" he added.

In fact, the "Woman in Gold" star joked earlier this month that his baby girl would probably make him pay for spilling her name. "She will exact her revenge in searing, psychic pain," he told the Associated Press.

In February, he teased David Letterman when the late-night host continued to press him about her moniker. "I threw out the idea of just never naming the kid to be totally original, but we have a name," he said. "I just don't want to say it in, like, a media context. I tell everyone who I meet, so it'll come out."

We finally know her name, but we are dying to see a picture of this little one. You know she's going to be one gorgeous girl with those good genes, right?!