While we're still holding out for another sequel, the two are teaming up again for the new EPIX documentary, "Deep Web," which Alex directed and Keanu narrates.

In the 26 years since Wyld Stallyns took a phone booth back in time, Winter has moved behind the camera, starting his own production company and directing the Napster documentary, "Downloaded."

His new project, the aforementioned "Deep Web," chronicles the trial of Ross Ulbricht, the 30-year-old convicted of creating and operating Silk Road, an online marketplace where drugs and almost anything else could be traded for Bitcoins. Ulbrict, who was found guilty but won't be sentenced until May, faces life behind bars.

toofab's Brian Particelli sat down with Winter and Ross' mother, Lyn Ulbricht, at SXSW, where the two opened up about the difficult and emotional process they've both been through making this doc.

"There were several documentarians who approached us, wanted to be involved," Lyn tells toofab. "Luckily, happily, we decided that Alex would be the best person. He had done such good work before, he was well recommended and I was impressed with who he was as a person."

Winter saw the project as an opportunity to "dig a little deeper into what was actually happening. I think a lot of the narrative around this story has been black and white, sometimes wholly inaccurate or sensational."

Lyn says her son is "glad" to have his story told in such a way -- and thought it was "cool" Bill S. Preston Esq. was the man behind the camera. 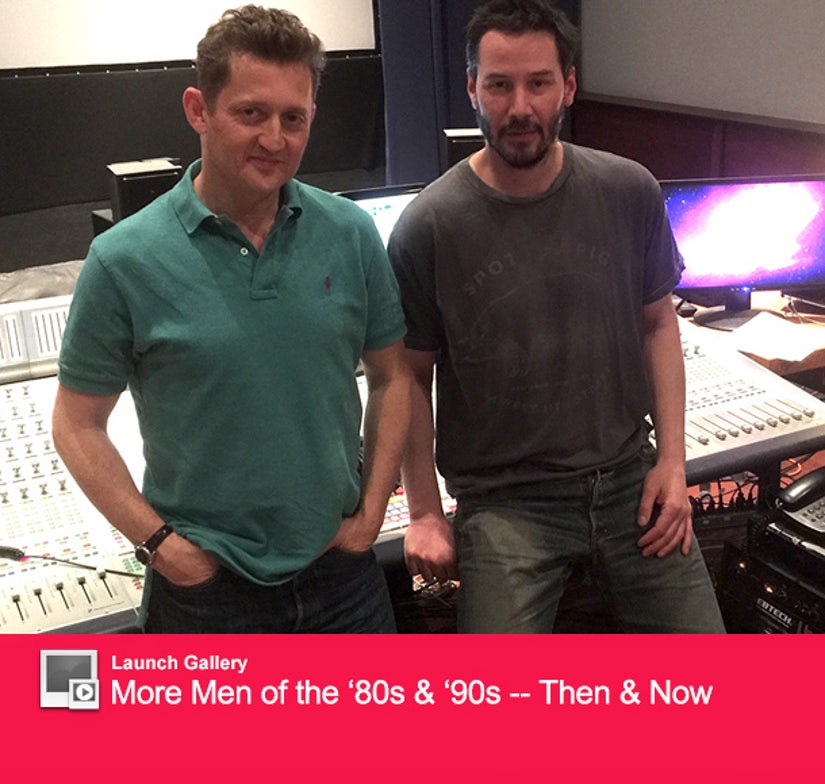 As for Keanu's involvement -- that's them in the studio for this film above -- Winter says it was a no-brainer.

"Keanu is very interested in the subject matter. We're really close, whatever we're working on we're usually sharing with each other," he says. "He watched this movie evolve and got sucked into it as everyone else around me. The more you learn, the more you get sucked into it. He leapt to be involved, which is very sweet. He also has the right voice for it, so I think it works really well."

"Deep Web" will premiere Sunday, May 31 on EPIX.