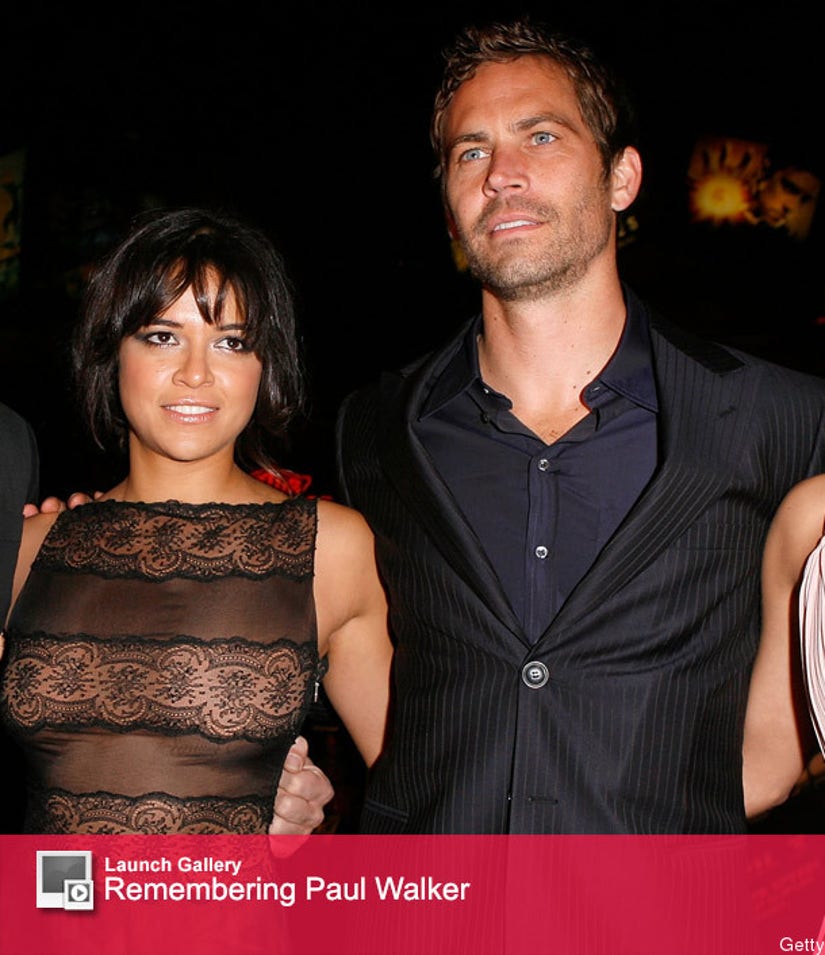 The actress opened up about her "Furious 7" costar while chatting with Entertainment Weekly to promote the last installment of the "Fast & Furious" franchise.

Walker was killed on November 30, 2013 in a car crash after appearing at a charity event for Reach Out Worldwide to support typhoon relief in the Philippines.

After Paul's death, Rodriguez revealed that she spun out of control. "I actually went on a bit of a binge," she told the site. "I went crazy a little bit -- pause -- I went pretty crazy. A lot of the stuff I did last year I would never do had I been in my right mind," she confessed.

The 36-year-old infamously made headlines for her romances with British model Cara Delevingne and actor Zac Efron. She even partied with Justin Bieber at one point, too.

"I was pushing myself to feel," she continued. "I felt like nothing I could do could make me feel alive, so I just kept pushing myself harder and harder. I was traveling and I was having sex. And I was just trying to ignore everything that I was feeling."

The 36-year-old also revealed that she shared a deep connection with Paul, which made losing her costar that much more difficult.

"I could see Paul once every two years and just know there was another human on the planet who's deep like me, who loves like that," she explained. "When that disappears, you wonder, 'Wait a minute, what do I hold on to?' There was nothing to tether me to this existence: 'Why am I f—ing here? And, like, why'd you leave without me?'"

The actress is finally in a much better place these days, and said that just this year she really started to embrace her life.

"I just woke up [one morning] with a profound respect for living," she confessed. "I stood tall one day and I said, 'You know what, Michelle? Stop f—ing hiding. Go manifest.' And all of a sudden, I picked myself up and started hustling."

We're happy that Michelle is in a healthier place these days -- see her and the rest of the "Furious 7" cast sound off on "saying goodbye" to Paul in the video below.