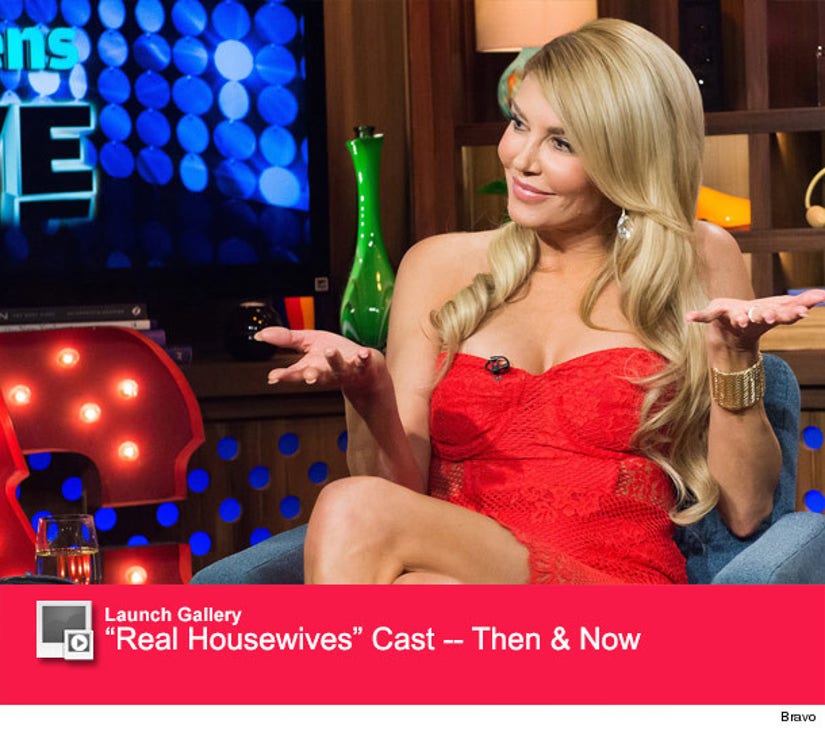 Brandi Glanville is spilling dirty details about her personal life!

The "Real Housewives of Beverly Hills" star revealed that she has a boyfriend during an appearance on "Watch What Happens Live" on Monday -- which came as a surprise to Andy Cohen.

"Do you have a boyfriend," Cohen asked. "I do," she replied.

"This is big news. How long has it been going on? Is it new since the reunion?" the host pressed his guest.

So, who is her new beau?

The reality star recently confirmed via Twitter that she's still dating real estate agent, Jonathan Ruiz. "If you need to buy or sell your home call or email Jonathon Ruiz @TheAgencyRE (not anyone else there ) ;) Im an expensive girlfriend !!!" she tweeted ... misspelling his first name.

In fact, Jonathan has made a few appearances on the Bravo reality show. Remember when Brandi and Kim Richards wore disguises to spy on him?!

Brandi has had trouble trusting her on-again boyfriend in the past, so we'll have to wait and see if these two can make it last this time.