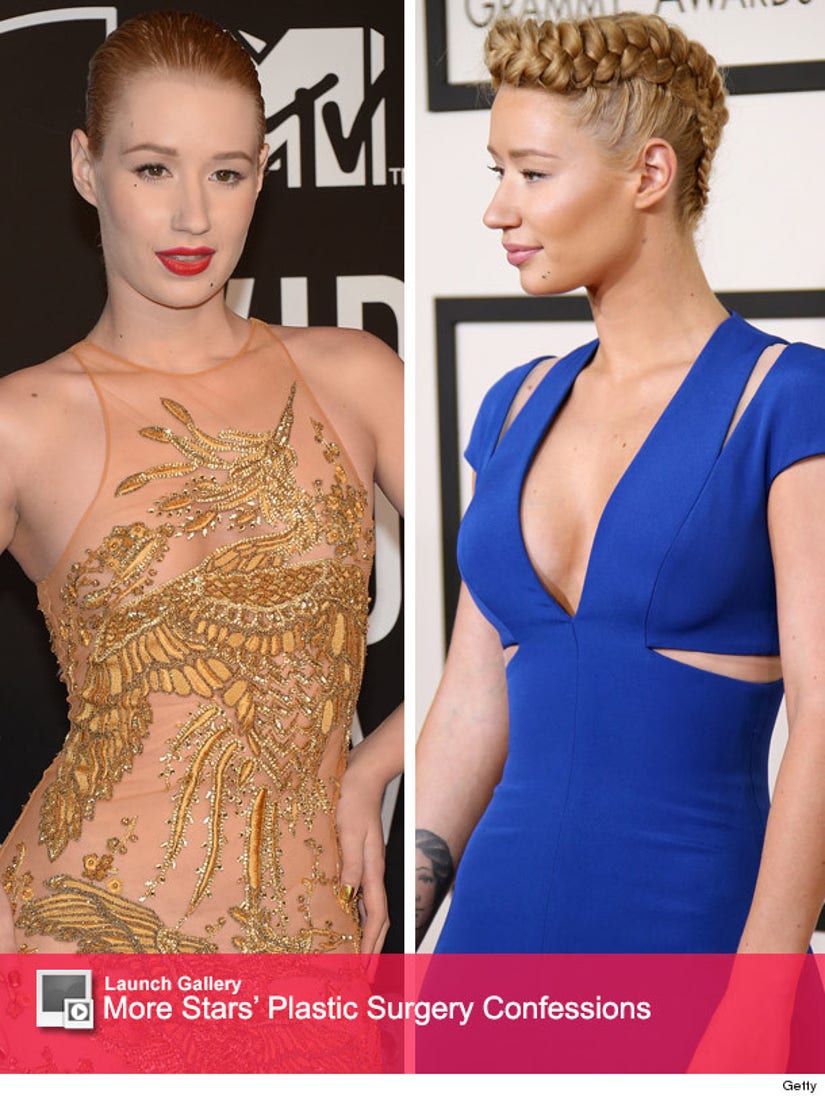 Iggy Azalea just revealed a big bombshell about her body!

The "Trouble" rapper graces the pages of the April issue of Vogue, where she spills some new details about going under the knife.

She admits that she recently got breast implants, saying, "I did change something: Four months ago, I got bigger boobs! I'd thought about it my entire life."

By boosting her bust, Iggy says her body looks more balanced. Now, she knows how to dress for her figure. "It's about proportion," she explains. "I have to have everything tailored because I have such a small waist. I'm a 2 or a 0 on the top, and a 6 on the bottom."

In addition to her photo spread, the Australian beauty also is the latest celeb to take on Vogue's "73 Questions" rapid-fire segment, following in the footsteps of Victoria Beckham, Sarah Jessica Parker and Blake Lively.

Fans get to learn more about the pop star as she walks around her studio in Los Angeles, finding out how being famous is a total mess (but awesome!) and what the biggest misconception is about her.

Besides the rumor that she's secretly a man named Corey, Iggy says, "I think that people think I think that I am the s—t, when I'm actually very critical of myself."

The 24-year-old beauty also reveals her favorite females in the music business, listing Missy Elliott as her biggest inspiration and Dolly Parton as her ideal duet partner.

"She's larger than life, I love her," she explains of the country legend.

But if she could have one wish granted, Azalea admits, "I wish that I could sing like Mariah Carey, that would be amazing."

Iggy's responses only get better from there -- with her gushing about boyfriend Nick Young, admitting she wants to appear on "Game of Thones" and ﻿revealing her most surprising celebrity fan ... Jessica Alba!

To find out more of her secrets -- including which star's closet she would like to raid -- watch the video above.