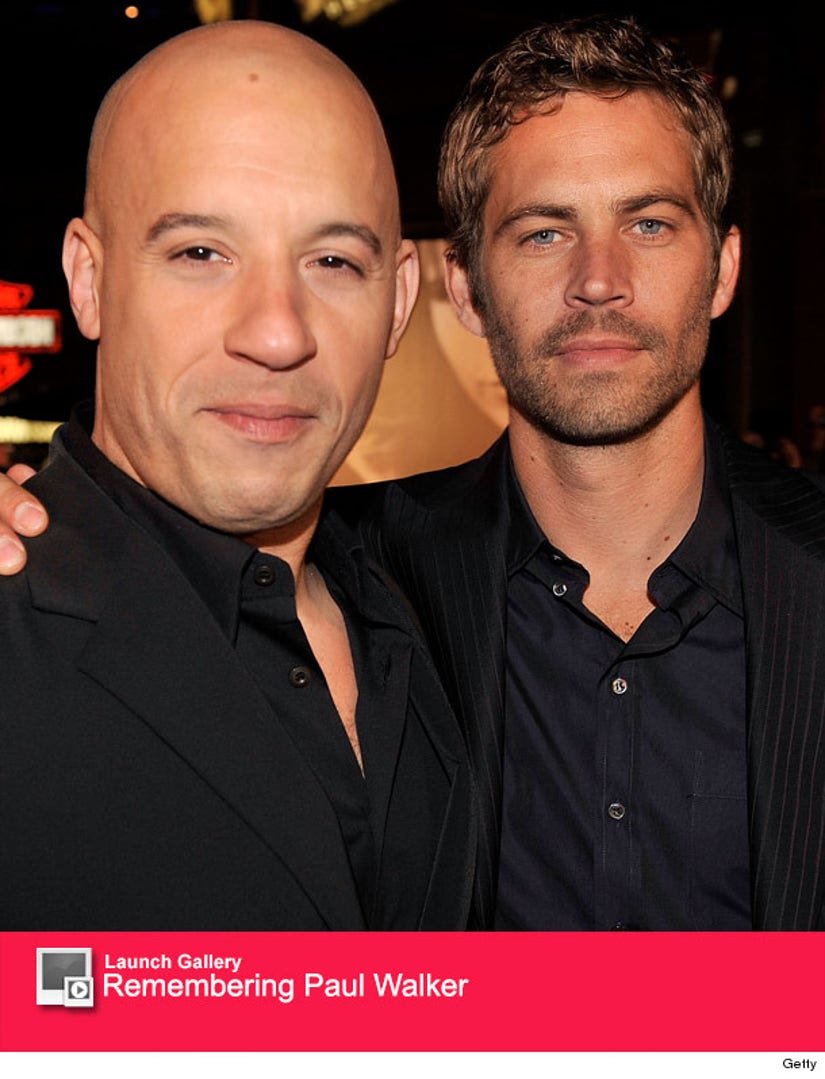 Vin Diesel is still grieving over the loss of his "brother," Paul Walker.

The "Furious 7" star recently opened up to Variety, where he detailed the last conversation he ever had with the father-of-one, and revealed what it was like continuing with the "Fast & Furious" franchise after Walker's tragic death.

While talking about a scene in the movie where Vin's character Dominic Toretto's laying seemingly lifeless on the ground after trying to save his friends, Diesel said he thought about what would happened if he died in real life.

"These action films can be very dangerous, no matter what anyone tells you," the actor explained. "I started to think, 'What would happen to Paul Walker if I died?'"

The moment left the action star in a daze, so after shooting the scene, he went over to chat with his costar about the intense moment on set.

"If I do die, let them know what kind of brother I've been to you," Diesel recalled telling Paul. "I've played that over in my head countless times. That's the last time I ever saw him," an emotional Vin told the mag.

Walker, 40, tragically lost his life in a fatal car crash after appearing at one of his own charity events in November of 2013. And while the loss was almost too much to bear for Vin, he wanted to finish the movie for Paul.

"I thought what Paul would really want me to do was finish it," he explained. "So that's what I did."

Even to this day, Vin still breaks down over the loss of his "Fast & Furious" costar. "I post a picture on Facebook, and I'm just bawling reading the comments," the 47-year-old explained.

Paul's two brothers, Cody Walker and Caleb Walker, stepped up to help fill their brother's shoes and complete the movie. "It was endearing that his brothers were there to assist with his legacy," Vin confessed.

Yet, shooting scenes with Paul's siblings, all while pretending they were Walker himself, was not an easy fete for the action star.

"No one in the world could teach you how to act across from someone your heart is mourning for. That's like asking someone who has lost a parent to replay it again and again, and pretend there's not a void there," he said of the experience.

But at the end of the day, the actor is happy he completed the movie and thinks Paul would be proud of their work -- Vin even believes that "Furious 7" will win an Oscar!

"Universal is going to have the biggest movie in history," Diesel explained. "It will probably win best pictures at the Oscars -- unless the Oscars don't want to be relevant."

What do you think about Vin's candid comments? Tell toofab below and check out the gallery above to see more of Paul's best moments.