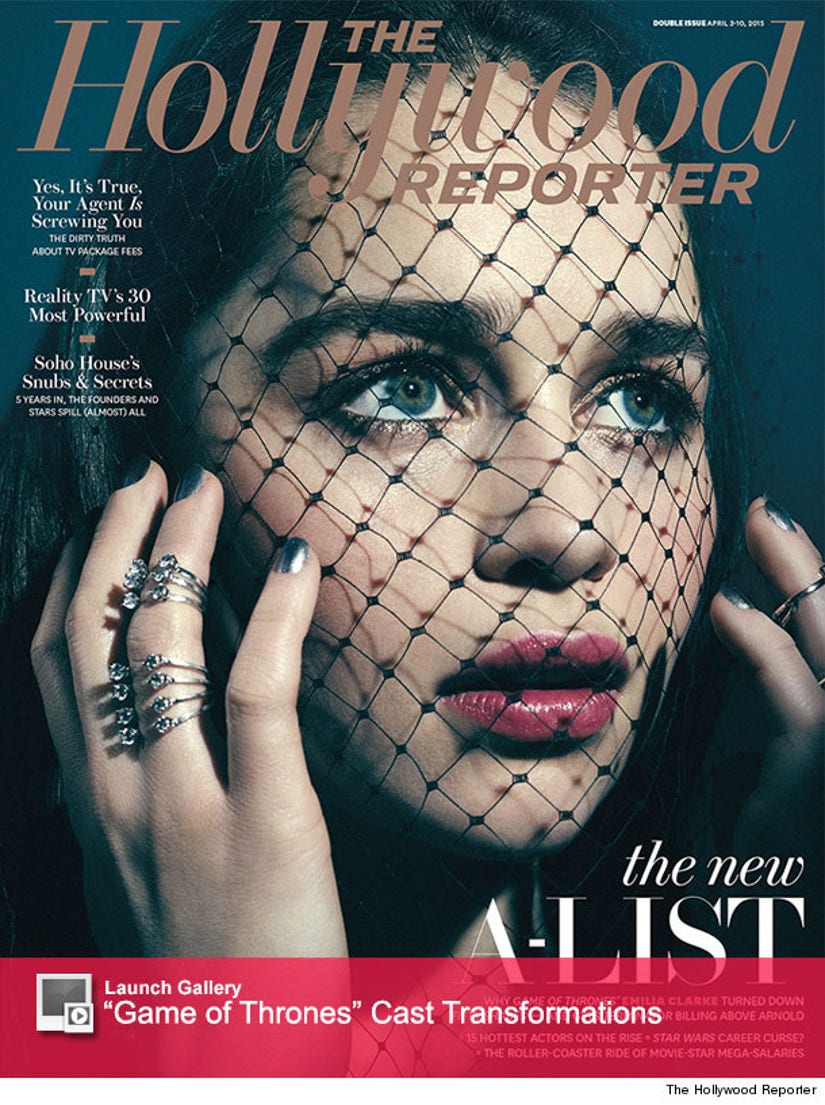 The "Game of Thrones" stunner admits she turned down the racy role in "Fifty Shades of Grey," and despite it's success, she has "no regrets" about her decision to opt out.

The British beauty was originally considered for the coveted part, but It ultimately went to Dakota Johnson.

"I'd done nudity before and was concerned with being labeled for doing it again," the actress told The Hollywood Reporter in the mag's latest cover story.

Even though she passed on the super sexy flick, Clarke did choose to step into another high-profile role: Sarah Connor in "Terminator Genisys," which hits theaters on July 1.

While she certainly is making a name for herself on the big screen, she is most famous for her role as Queen Daenerys Targaryen on "Game of Thrones."

The HBO mega-hit launches its fifth season on April 12 -- and Emilia still can't believe how popular the show has become.

"Never in a million years did I think 'Game of Thrones' was going to take off like it did," she said. "It's taken me five years to catch up with it. I'm still not sure I'm there."

Would you have like to see her take on the role of Ana? Sound off below!