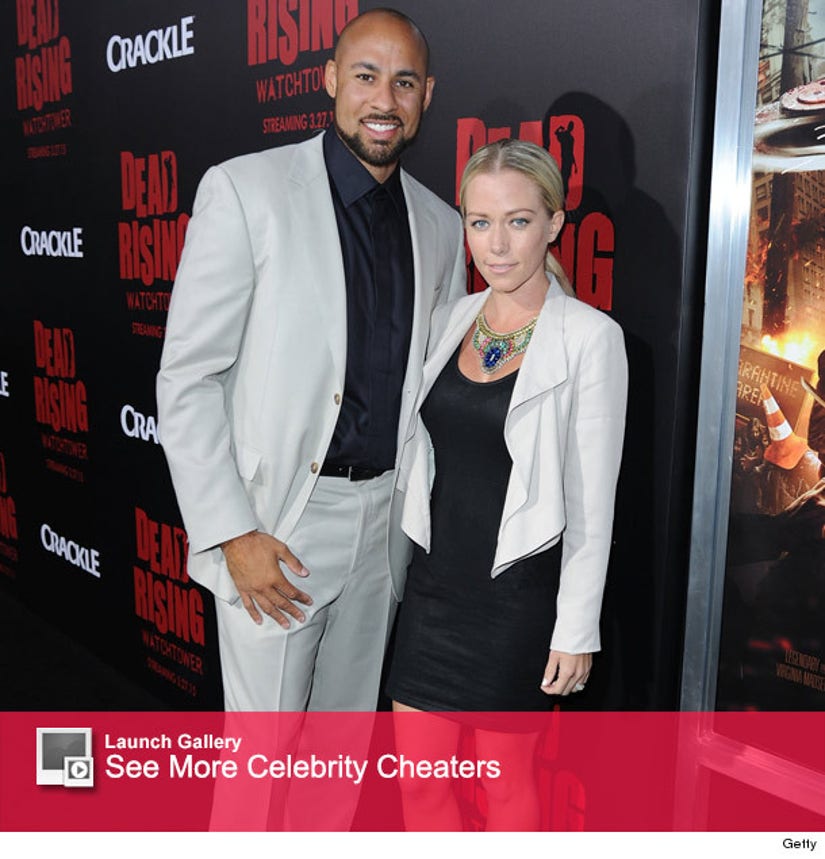 During last season's "Kendra On Top," fans got an inside look at Kendra Wilkinson and Hank Baskett's rocky relationship, stemming from rumors that he cheated on her with a transsexual model.

Now, the troubled couple is letting viewers watch their reactions as they watch the drama unfold on a new WE tv series called, "Watchit with Kendra and Hank."

In the sneak peek, Kendra and Hank discuss how they felt during the most difficult moments, including when Kendra first considered divorce, what Hank went through when he was in New Mexico with their son, and how they both contemplated suicide.

"I was going to divorce you," Kendra admits. "I would have shot myself," Hank replies. Check out the clip below to see what happens next!

The mother-of-two previously shared her own suicidal thoughts on the reality show, admitting, "I was at a real low. I even questioned my life. If it wasn't for breastfeeding Alijah, the bond I had with her, I feel like I would have probably ended my life. I felt like I'm not even supposed to be here."

"Watchit With Kendra and Hank" premieres Friday, March 27 at 9pm ET/PT on WE tv -- will you be watching?!