There's still some bad blood between the Richards sisters!

Kyle Richards stopped by "Watch What Happens Live" on Tuesday, where she opened up about the "Real Housewives of Beverly Hills" reunion and her relationship with sister Kim Richards.

Check out the clip above to see the hurtful comment Kim made during the reunion special.

Host Andy Cohen showed a sneak peek from the reunion, where Kyle said that she and Kim had not spoken in three months ... and Kim admitted that she was more than O.K. with the distance in their relationship.

"Obviously going into the reunion you hope for some resolution at the end, but I don't think at this reunion anyone had any resolution," the brunette beauty admitted.

The 46-year-old also opened up about her sister Kathy Hilton, when a caller asked what her other sibling thinks about the drama between her and Kim. Watch the clip below to see what she said!

"It's difficult for her, she's in kind of a complicated position because she's not there when we are filming, so then we go back and she hears my version and then she hears Kim's version, and then she kind of has to wait and see the show," Kyle revealed. "So, I think she kind of feels just stuck."

Andy followed up by asking the brunette beauty if her relationship with Kathy is good at the moment.

"Kathy and me?," Richards asked. "I mean everything could be better at the moment."

What do you think about Kyle's candid comments? Tell toofab below and check out the gallery to see more "Real Housewives" before the fame! 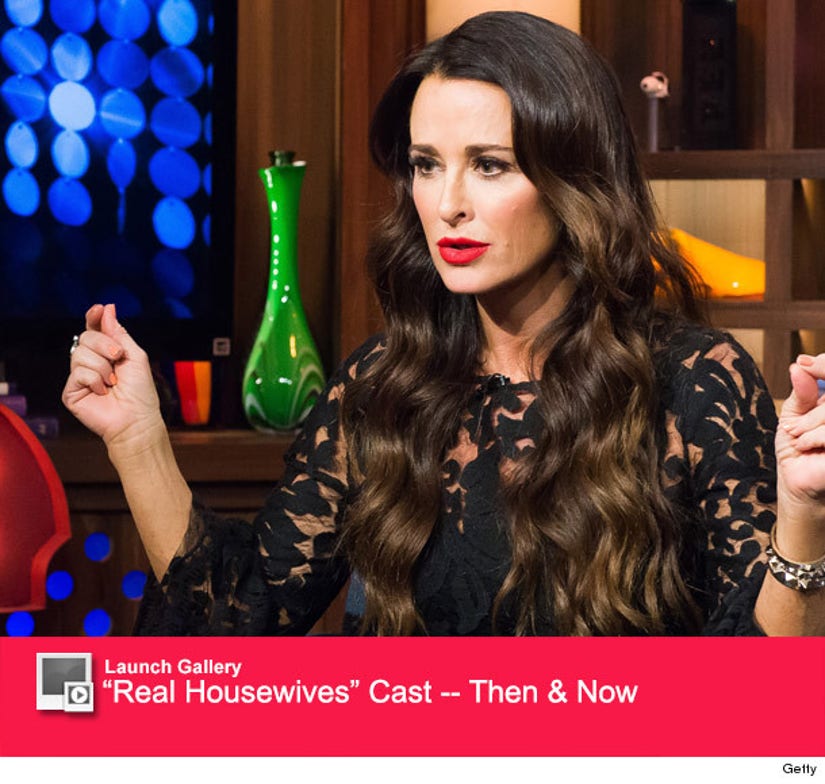