In 1996, Lisa Marie stole "Mars Attacks" without ever speaking a word.

Tim Burton's then-girlfriend and muse starred as "Martian Girl," an undercover spy from outer space sent to infiltrate the White House while wearing one of the tightest dresses and biggest wigs we've ever seen.

With the film's 20th anniversary next year, toofab's Brian Particelli caught up with the actress at this year's SXSW -- where she was promoting her new horror flick "We Are Still Here" (in theaters and VOD on June 5).

"I loved working on that, that was fun. I have a scar from the wig!" she reveals in a candid chat. "I got a hole in my head from that damn wig! It's always worth it, no complaints. Whatever it takes, just to get that picture."

Marie added that she had to be "sewn into the dress" and couldn't sit (or go to the restroom!) during shooting.

As for the memorable hair piece, she calls it "torture."

"This hair designer did the wig. It was two wigs, real Polish hair, so the weight of it and then my own hair pinned down to a wig cap, it was instant torture and there was nothing you can do," she says. "You just have to f**king zen out!" 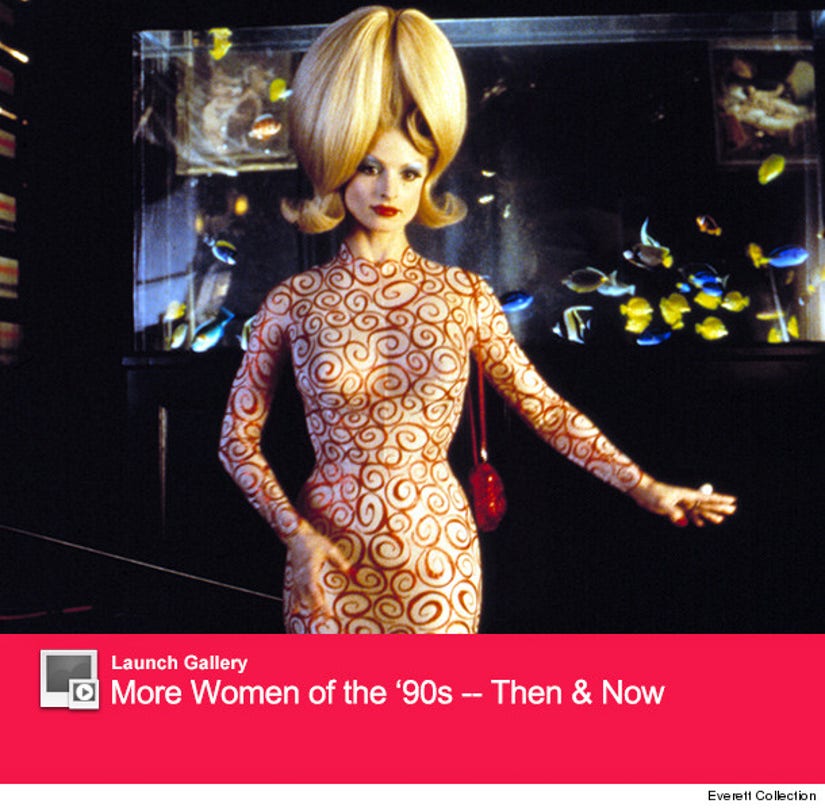 For her new role in the haunted house flick, Marie says she was thrilled she didn't have to get all dolled up this time.

"I was lucky, I got to be like natural in this one. I'm always tortured, I usually get scars after the performance," she says.

The film, which costars "Re-Animator" Scream Queen Barbara Crampton, shifts the focus from the usually teenage victims in horror films to a more mature crop of women -- something Lisa was instantly drawn to.

"I love that about it. I love that [director] Ted Geoghegan and [producer] Travis Stevens went in that direction, it's so refreshing," she tells toofab. "I'm not a scream queen at all, but I've been in lots of different movies over the years and played lots of different characters, but I was really into this character. Really loved her from the beginning and related to the character."

Check out the video below to see what else Lisa had to say about the horror community and why the director wanted Lisa for the role!