The ladies of "The Real" are getting real candid!

In a new episode of "The Real," Tamar Braxton, Jeannie Mai, Tamera Mowry and Adrienne Bailon open up about their own personal experiences with bullying and reveal how they deal with their haters.

Tamar even breaks down into tears while revealing one mean comment, in particular, that has caused her a lot of pain.

Check out the clip above to hear the ladies' very personal stories!

Braxton could barely contain her tears while she opened up about her own personal experiences with being bullied, specifically when it comes to being called a "Muppet."

"I was just asking my husband the other day ... because a particular person started saying that I look like a Muppet," the singer revealed. "And people say it so much, sometimes I start to believe it. So I even asked Vince, 'Do I look like a Muppet?' He's like 'Absolutely not.' But this person has the whole world calling me that," an emotional Tamar confessed.

Lets just say there wasn't a dry eye in the house after the 38-year-old's story.

What do you think about "Love and War" singer's candid comments? Tell toofab below and check out the gallery to see more stars who've dealt with criticism. 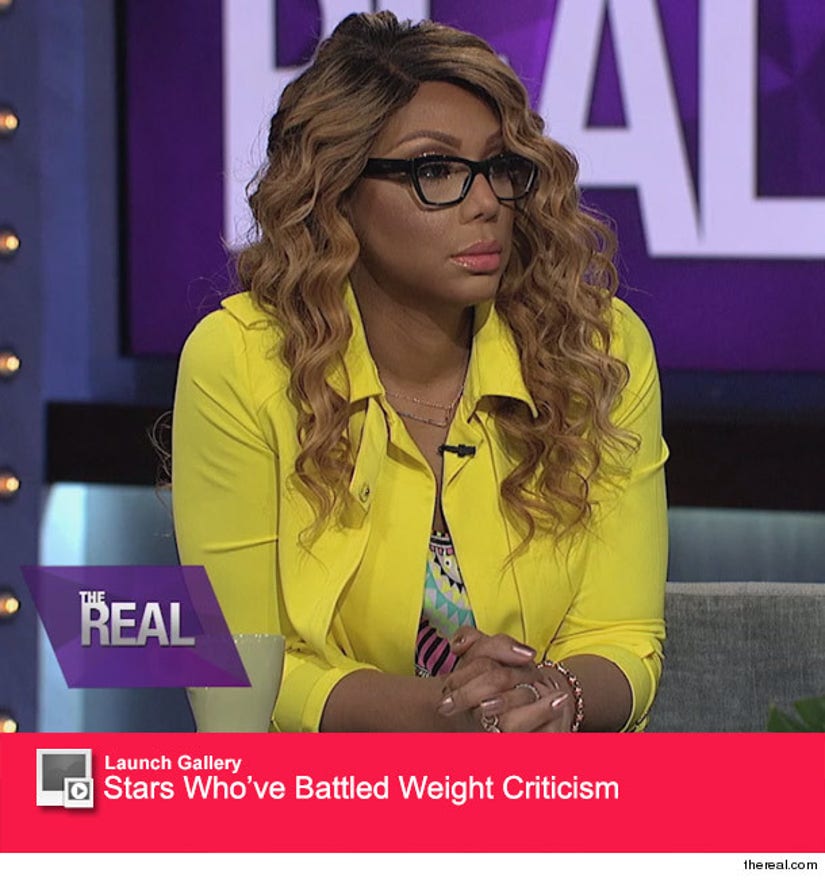