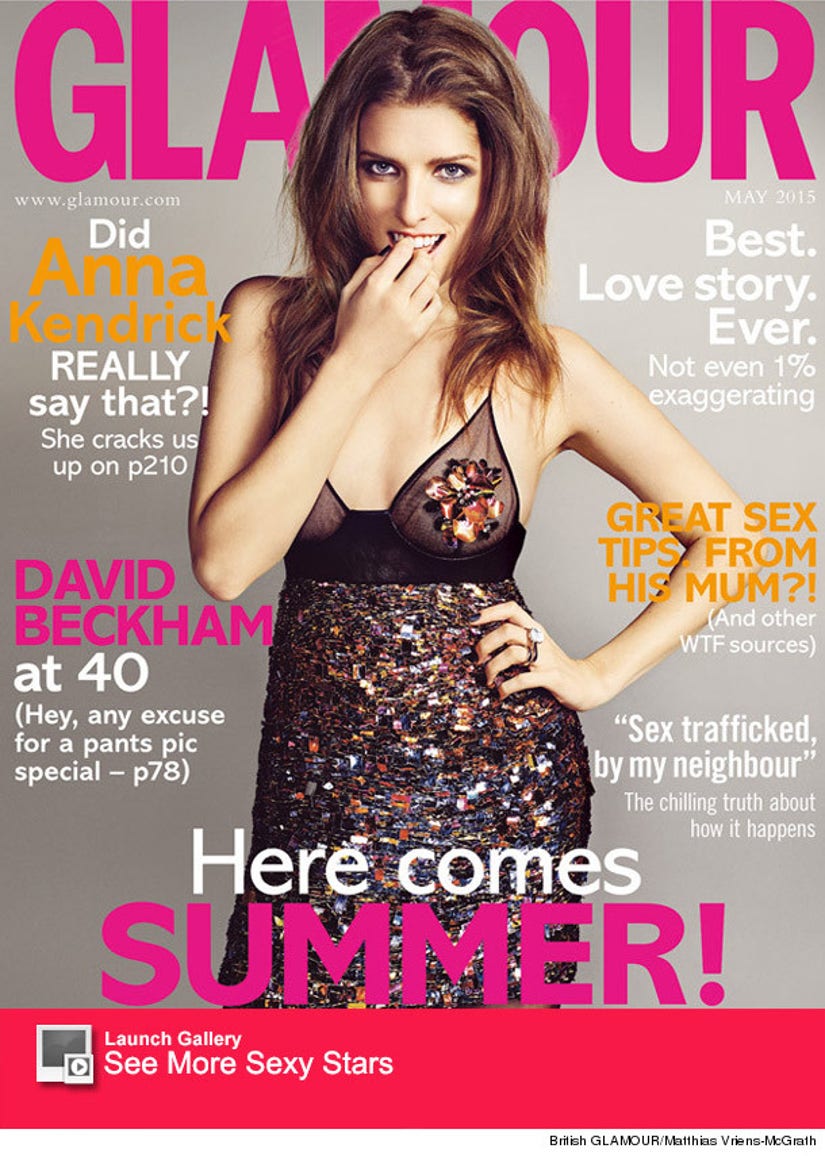 Anna Kendrick's still getting used to this whole celebrity thing!

The "Pitch Perfect 2" star covers the May issue of British Glamour magazine (via E!), where she reveals that she still gets nervous in front of the camera.

While the brunette beauty has a ton of Hollywood blockbusters under her belt, she still feels awkward about being in the public eye from time to time.

"Every year that goes by, I think that my on-camera smile is going to get easier," the 29-year-old tells the mag. "It's got worse and worse, to the point where I'm giving that Britney Spears terrified smile, where the lips are upturned, but there's nothing but fear in the eyes...I'm also the queen of ruining group photos. All my friends will be smiling and looking really pretty, and I'll be there pretending to pick my nose—or actually picking my nose. It's a fine line."

The "Into the Woods" star also says that she tries to avoid the paparazzi by keeping a low-key profile.

"Part of it is because I'm dressed really boring in sweatpants and sneakers, so those pictures just don't sell. You need to be really styled—in the perfect leather jacket and little booties, and have your red lipstick and your coffee—and I haven't managed that yet," she admits. "If I've got jeans on, it's a good day." 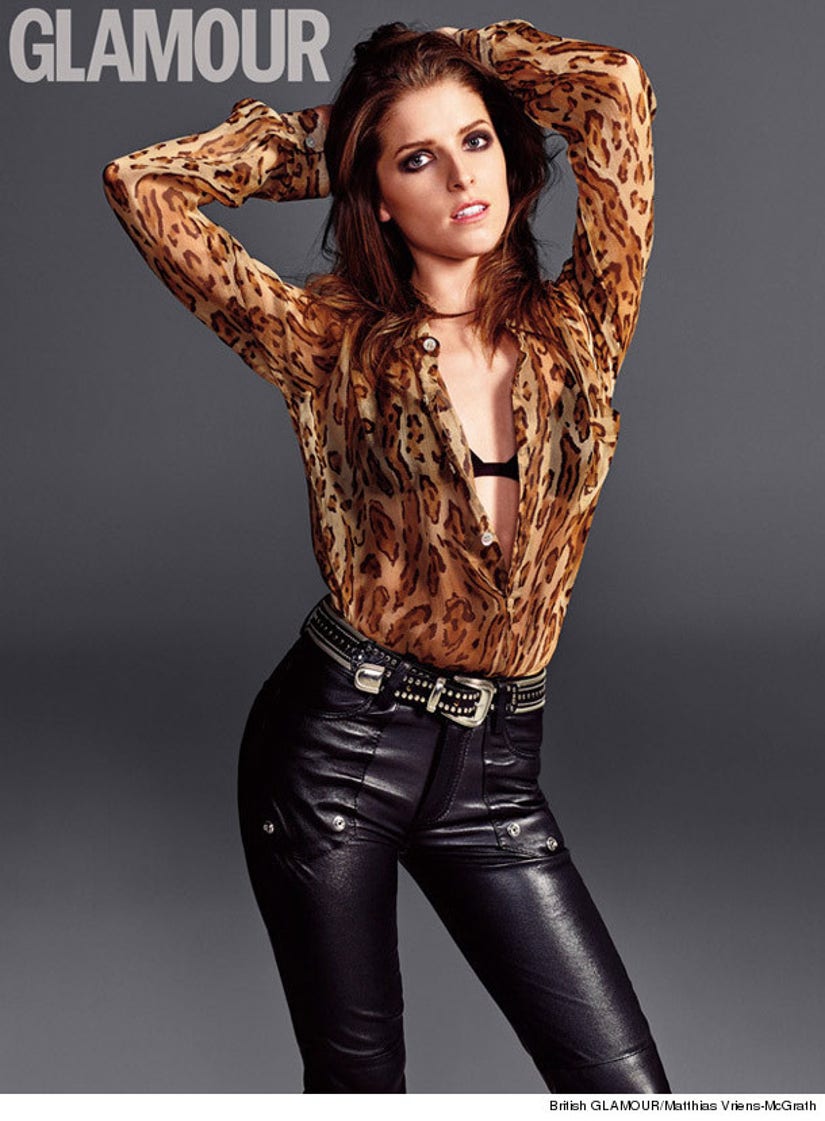 The actress also says that she has no problem acting and looking her age -- in fact, she's ready for the big 3-0!

"I feel like 29 is just total garbage. I'd rather just be 30 for two years. When I say I'm 29, I think I sound like I'm trying to make sure everybody knows I'm not 30. I look like a teenager. I really like '50s-style dresses, but they make you look childish, and I don't want to look like one of those people trying to look like a little schoolgirl," she reveals. "I'm trying to give a message to the world that I am a grown up."

Kendrick also says that she's really bonded with her "Pitch Perfect" costars ... and they even got her into watching "The Bachelor."

"Some of the girls got me into 'The Bachelor,' so that became a group texting moment for us, and when you get back together, you remember every little quirk of everyone's personalities," she explains. "Because we're basically shooting the same movie again—different scenarios, but in a lot of ways, very much the same, so it was trippy. It was like, 'Didn't we make this already? Was the first one just a fever dream? Or a premonition, and this is actually the real thing?'"

We love the actress' honesty -- what do you think about Anna's candid comments? Tell toofab below and click "Launch Gallery" above to see more sexy stars!