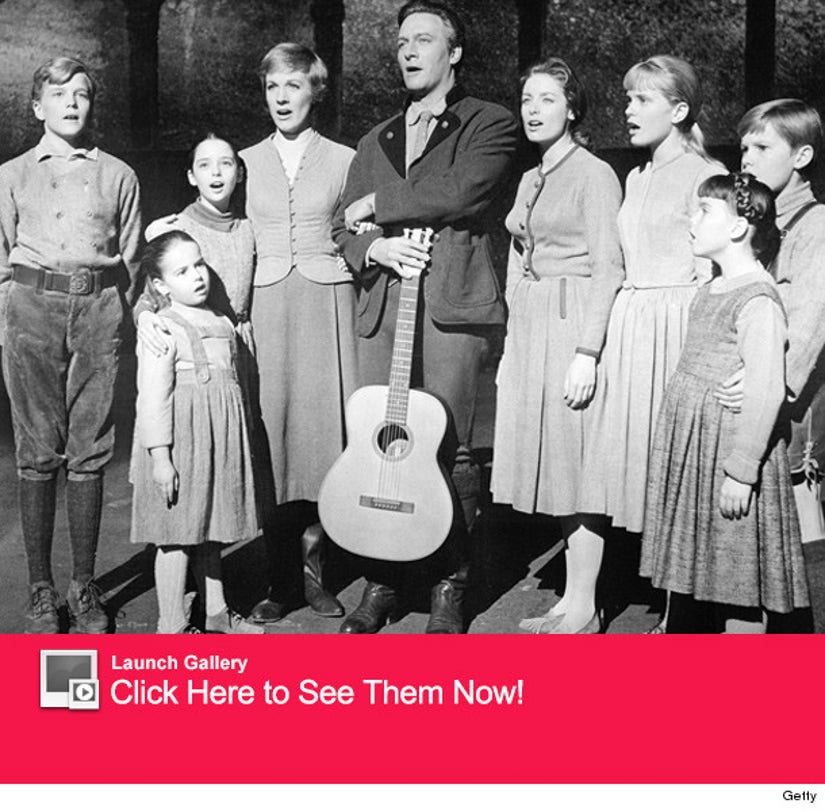 Maria and the von Trapp family are together again!

Julie Andrews, Christopher Plummer and about half of the von Trapp children reunited on Thursday night in Hollywood for the 50th anniversary screening of "The Sound of Music," held at the TCL Chinese Theater as part of the 2015 TCM Turner Classic Film Festival.

While we all got to see Julie during the Oscars -- where she thanked Lady Gaga for her performance of a melody of songs from the musical -- it was great to see her alongside Captain von Trapp once again.

The duo were joined on the red carpet by Kym Karath (Gretl), Heather Menzies (Louisa) and Debbie Turner (Marta). Unfortunately, none of the Von Trapp boys were in attendance.

Other flashback stars in the audience included Jan and the T-Birds from "Grease," Zach Galligan from "Gremlins" and "Heidi" herself, Jennifer Edwards.

The film opened 50 years ago earlier this month and both Andrews and Plummer recently opened up about its legacy in Vanity Fair.

"Well, I never knock it,” Andrews said of the movie, "because it was the moment in my career where everything exploded. That and Poppins.”

"As cynical as I always was about 'The Sound of Music,' I do respect that it is a bit of relief from all the gunfire and car chases you see these days," added Plummer, who never showed much love for the film after its release. "It's sort of wonderfully, old-fashionedly universal. It's got the bad guys and the Alps; it's got Julie and sentiment in bucketloads. Our director, dear old Bob Wise, did keep it from falling over the edge into a sea of treacle. Nice man. God, what a gent. There are very few of those around anymore in our business."

Check out the gallery above to see what the kids look like today, plus more pics from the throwback event!