Zooey Deschanel sounds like she'll be a pretty fun mama!

The "New Girl" star stopped by "Jimmy Kimmel Live" on Thursday, where she opened up about her pregnancy.

The actress -- who looked radiant wearing a red A-line dress and matching red lipstick -- revealed that she and fiance Jacob Pechenik are waiting to find out the sex of their baby.

"We are going to be surprised. It's more fun, you know? Make it into a game," she joked.

While some mothers have an intuition whether they are having a baby boy or baby girl, Zooey says she's still on the fence. "I go back and forth," she revealed.

The expecting star also said that she hasn't been sticking to her vegan diet either. "I eat some vegan meals ... but sometimes you're hungry and you want food that's not vegan," she said with a laugh.

Deschanel and Pechenik are expecting their baby to arrive this summer, and we can't wait to see the 35-year-old's bundle of joy when he or she gets here!

What do you think about Zooey's candid comments? Tell toofab below and check out the gallery to see even more expecting stars! 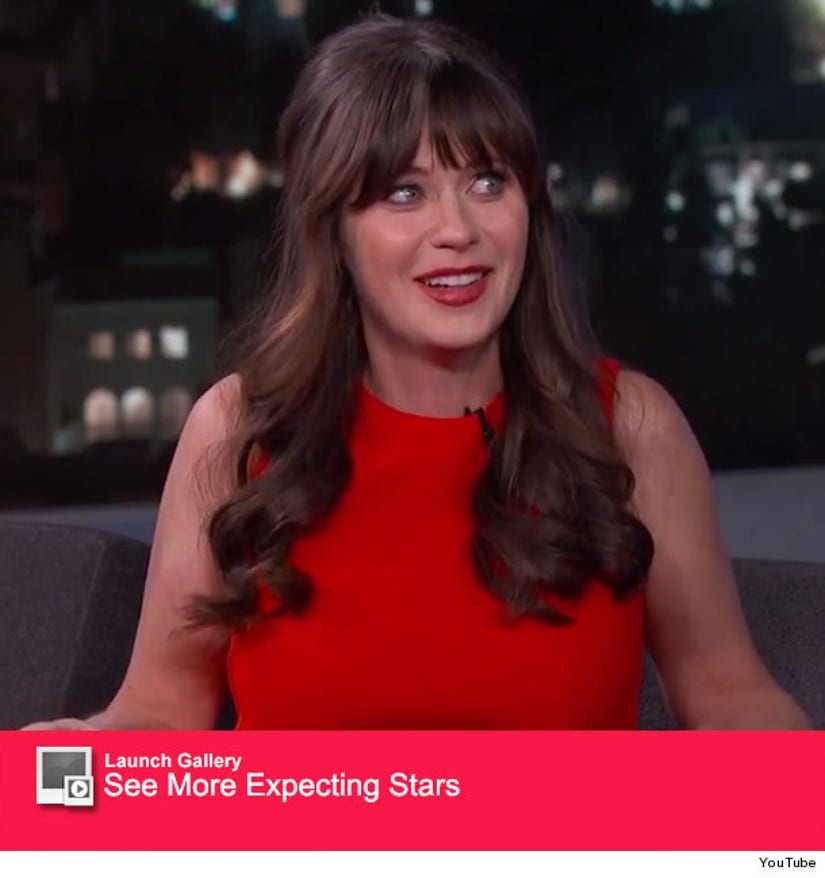