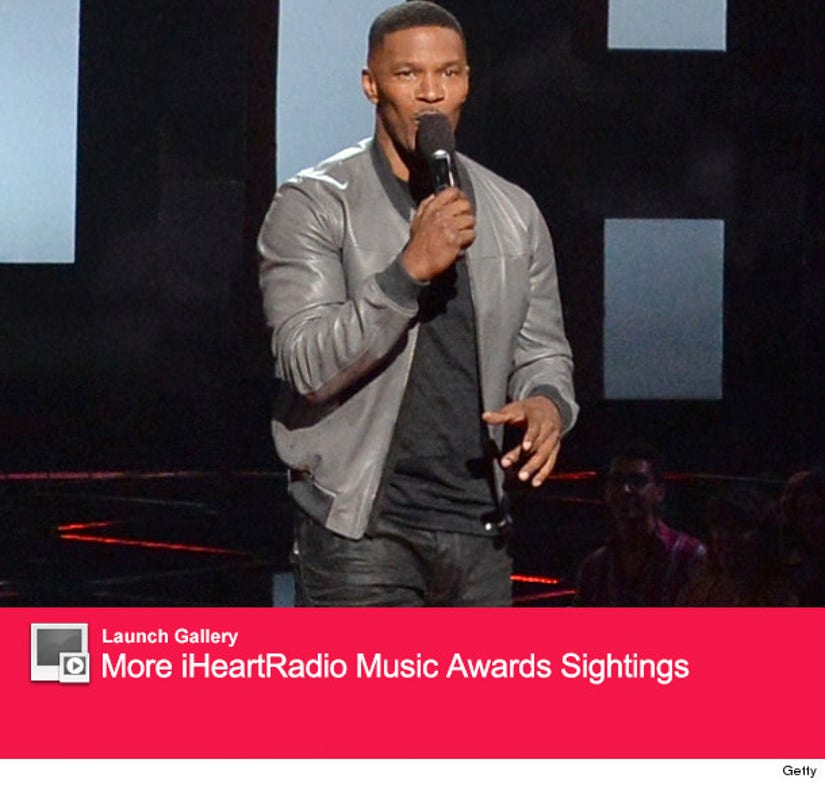 The 2015 iHeartRadio Music Awards got off to a rough start.

Host Jamie Foxx kicked off the festivities with a couple jokes at Bruce Jenner's expense, jokes that are now being called transphobic all over Twitter.

While Bruce has yet to confirm reports he's undergoing gender reassignment surgery, that didn't stop the "Annie" star from taking aim at Jenner's potential transition during Sunday night's show.

"We have some groundbreaking performances here too tonight. We got Bruce Jenner, will be here doing some musical performances. He's doing a his and her duet all by himself," Foxx cracked.

"Look, I'm just busting your balls while I still can," he then added.

It's clear the joke was cleared with event organizers, as a photo of Bruce was seen on the screens behind Foxx during his monologue.

The online reaction was instantaneous ... check out some of the tweets below:

I'm actually appalled by Jamie Foxx's comments about Bruce Jenner at the beg of the show. IMO, that's just something you don't make fun of.

Jamie Foxx disrespecting Bruce Jenner's transition(which may or may not be real) is not okay. what was said was disrespectful and disgusting

Jamie Foxx, your jokes about Bruce Jenner/ trans people are NOT funny! #iHeartAwards

Just so we're clear: what Jamie Foxx said about Bruce Jenner is really not okay #iHeartAwards

Totally unacceptable for the @iHeartRadio awards and Jamie Foxx to poke fun of Bruce Jenner for his gender change. SICKENING!

Jamie Foxx making jokes about Bruce Jenner being transgendered was absolutely rude. NOT. FUNNY. AT. ALL.

Jamie Foxx's transphobic jokes at the iHeartRadio about Bruce Jenner were gross, glad they didn't garner much laughs

Jamie Foxx is ignorant and his comments are unacceptable. He should be ashamed of what he said about Bruce Jenner.

What do you think? Sound off below.