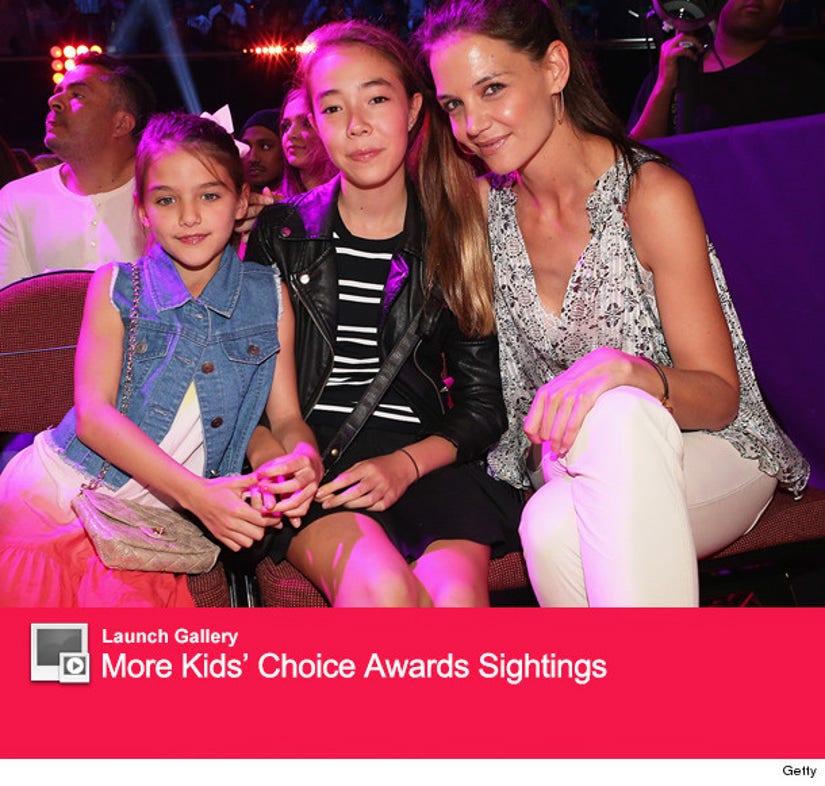 Aside from a back-of-the-head Instagram shot here or there, we haven't seen too much of Katie Holmes and Tom Cruise's daughter Suri in almost an entire year -- but last night, she had a girls' night out with her mama.

The 8-year-old tot attended the Nickelodeon Kids' Choice Awards with Katie on Saturday night, the two photographed in the audience with a family friend.

Clad in an ombre skirt, denim vest and quilted purse, Suri looked just like her famous mother, who was dressed in a low-cut, loose-fitting top and white pants.

The last time we saw Tom and Katie's little girl in public was back in March 2014, when she attended a basketball game with Holmes.

The former "Dawson's Creek" star opened up about being a single mom back in October, telling People, "I'm learning every day, and I have been since the minute I became a mom. My patience has grown, but between 4 and 6 p.m…I mean, wow, between tickle fights and glitter art, I try to throw in some manners along the way." 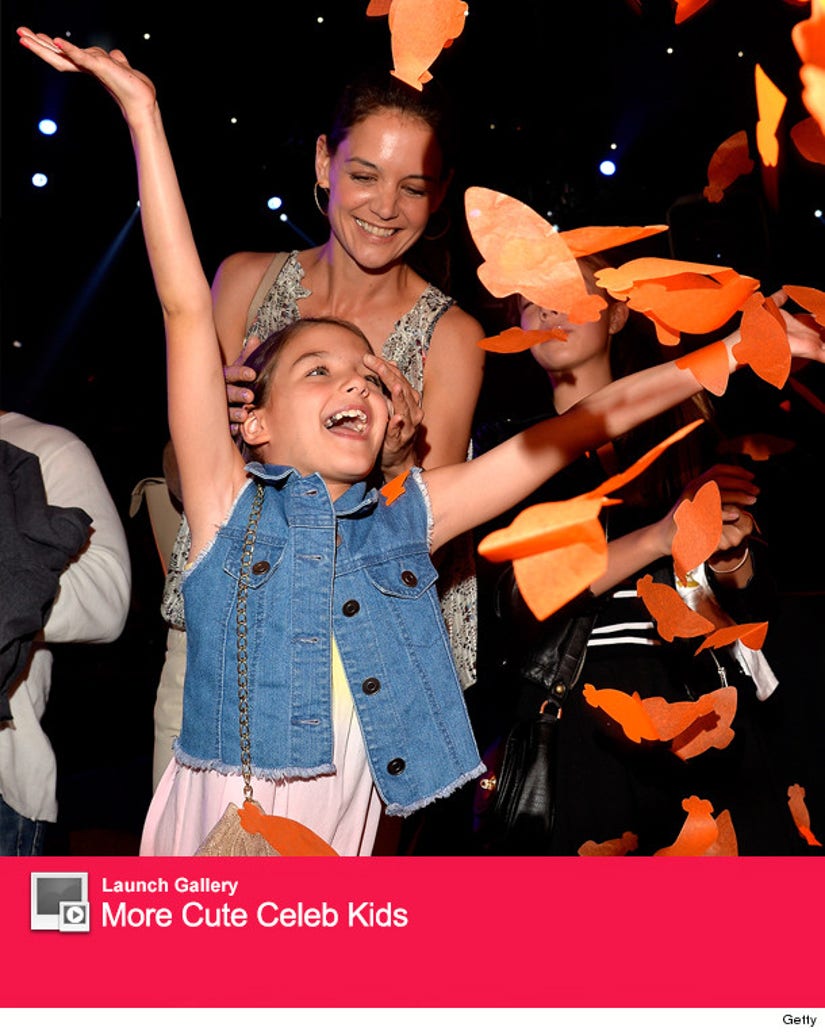