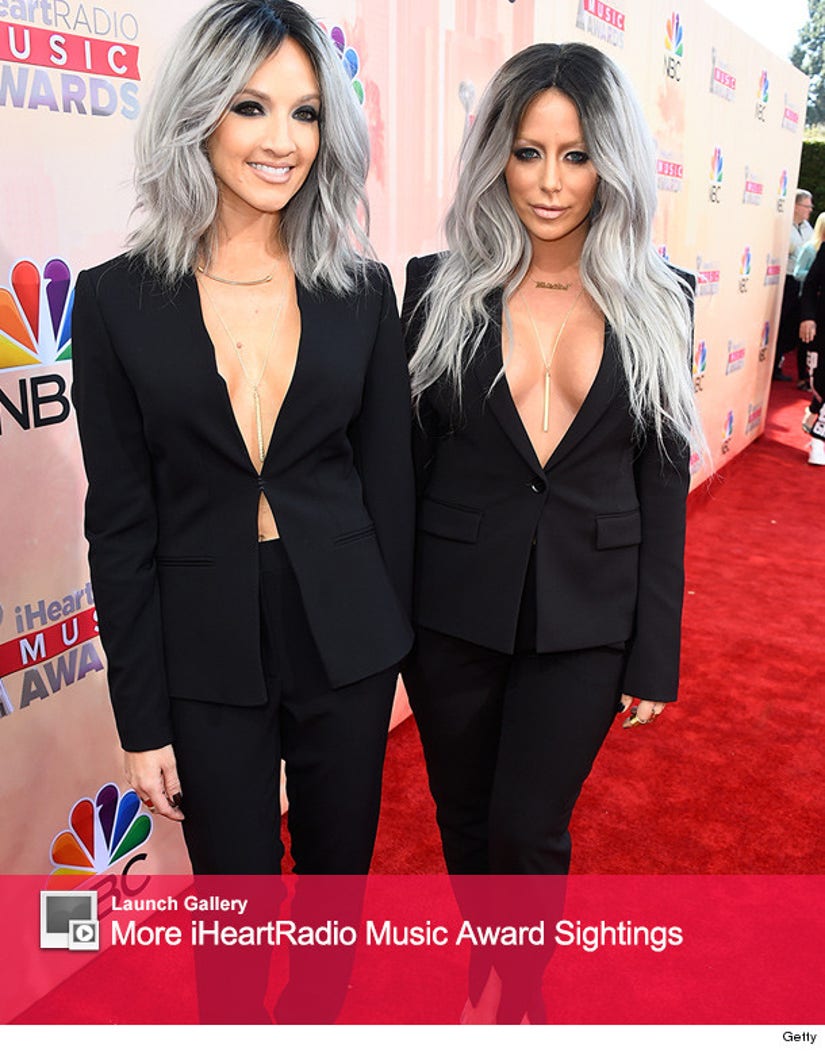 And they did it without their blonde locks!

The two decided to debut new makeovers with their new band name, stepping out to the iHeartRadio Music Awards with ombre gray hair and matching tailored suits. Neither wore anything under their blazers, so the duo also put some impressive cleavage on display as they posed for photos.

They paired their tresses with dark eye makeup and a nude lip.

The two revealed they'd be trying to make it as a duo last week, with TMZ saying their sound will be more EDM than the R&B or pop music Danity Kane was known for ... citing Charli XCX and Tove Lo as inspiration.

Dumblonde is set to debut their new music at a listening party on April 11 in Hollywood -- are you excited to see what these two have to offer?

Check out the gallery above to see more celeb sightings from last night's awards, including Taylor Swift, Justin Timberlake and more!