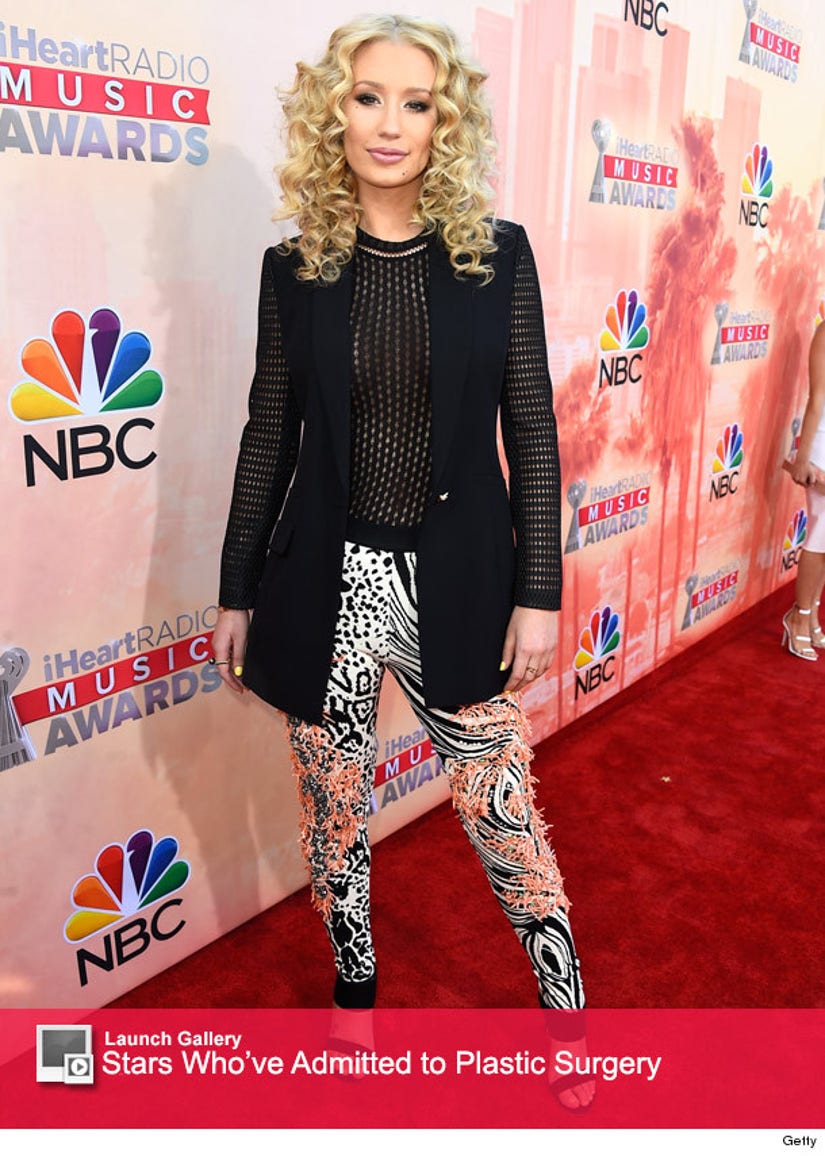 Iggy Azalea is proud of her new pair.

The rapper hit the red carpet for Sunday's iHeartRadio Music Awards in a revealing top that showed off her latest upgrade: Her new breast implants.

With her curly locks, mesh shirt and wild leggings, this was a lot of look ... and one only Iggy could attempt to pull off.

This was one of Azalea's first public appearances since she told Vogue she "got bigger boobs" four months ago, adding that it was something she thought about doing her "entire life."

The "Trouble" singer, who performed her latest hit with Jennifer Hudson during the telecast, opened up about her plastic surgery on the red carpet.

"I love them so much I had to talk about them," she told E!. "Everybody did say, 'I don't think you need to say it because no one will ever know because they're so small.' I said, 'I know but I'm just going to say it [because] I'm a blabber mouth!'"

"I'd feel better not to have some secret," she added. "It's much freer to say it and then you don't have to worry someone will dig it up."

Glad to hear she's loving her implants -- what do you think of her candid rationale for coming clean? Sound off below.