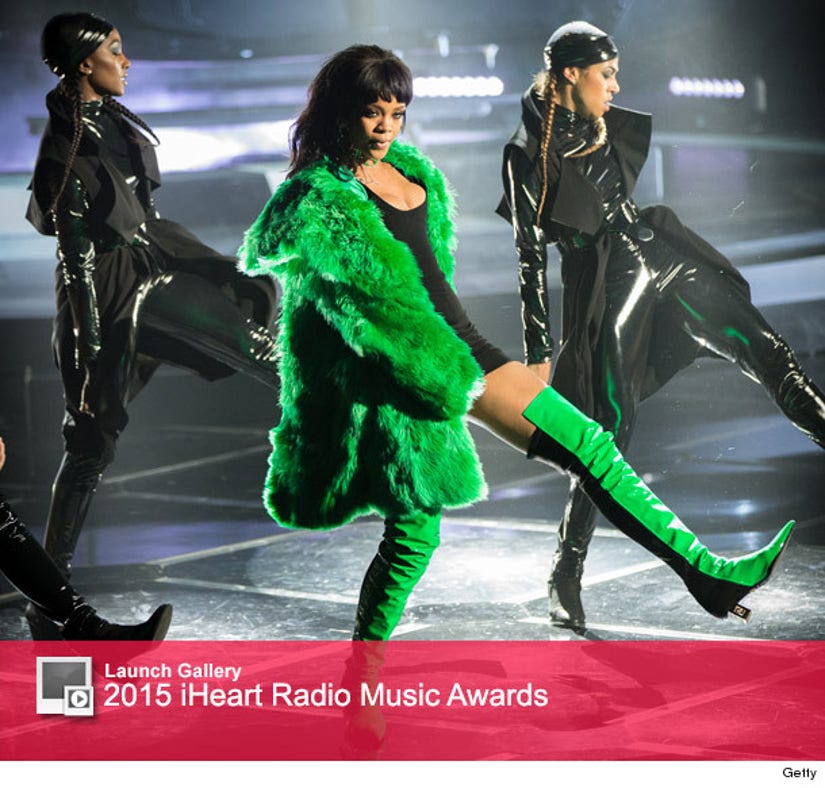 Music's hottest stars hit the stage at the 2015 iHeartRadio Music Awards on Sunday night in Los Angeles -- and we're giving you a front row seat for the must-see performances!

While RiRi stole the show with her dance moves and vocal chops, even she was making sure to pull down her dress during the performance to avoid flashing the crowd. Check out her show-stopping performance below!

Another big musical moment was when Taylor Swift shared the stage with Madonna for a special rendition of "Ghosttown," a song from the Queen of Pop's new album, "Rebel Heart."

The "Living For Love" singer kicked off the low-key performance of her new track with a mysterious guitarist performing behind her, who turned out to be … none other than T. Swift. Watch their duet below!

Kelly Clarkson continued the female-dominated performances with her rendition of "Heartbeat Song" -- and she didn't disappoint.

Sporting a sparkling blue mini dress with sequin embroidery, the "American Idol" winner got the crowd on their feet with her impressive vocal chops. Check out her fun performance below!

Another dynamic duo to kill it on stage was Iggy Azalea and Jennifer Hudson with their performance of "Trouble," with the rapper playing a sexy inmate to J. Hud's sexy cop.

See Iggy take her new boobs for a spin below!

Last but not least, Nick Jonas arrived with heavy chains wrapped all around his neck and body, for his single, "Chains."

The sexy singer put his buff biceps on display as he was joined by dancers wearing inmate-inspired getups and leather thigh-high boots. Are you noticing the prison-theme trend yet?!

Check out his performance below -- you won't be disappointed.