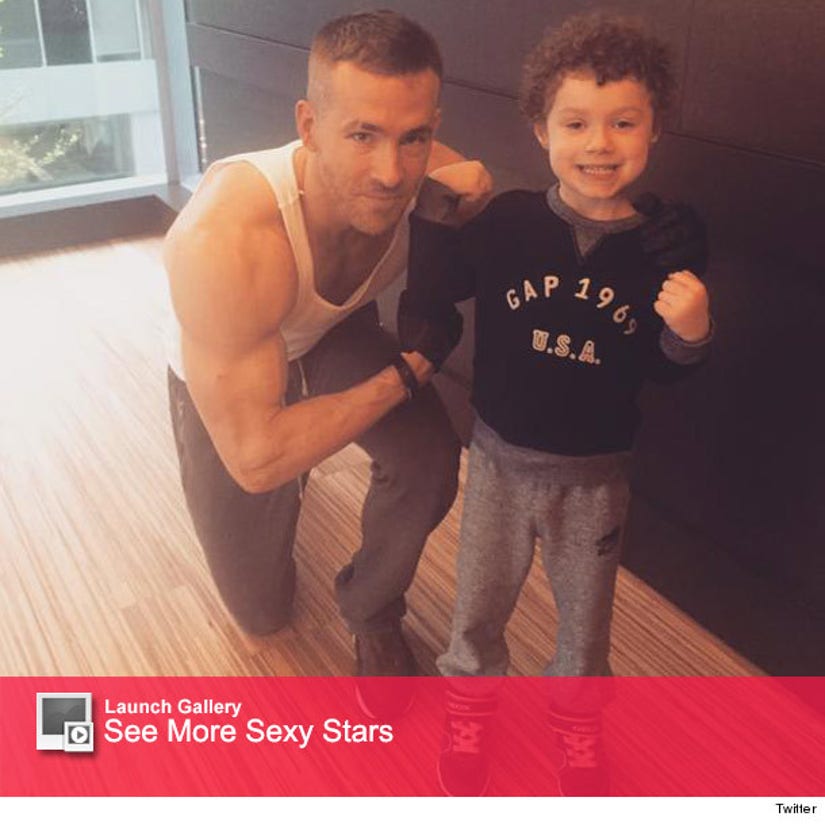 Check out those guns!

Ryan Reynolds took to Twitter on Monday to show off his buff biceps -- and it seems he has some big competition in the gym.

"This stud out-benched me in the gym Sunday. Nice meeting you Adley," he captioned the pic above.

In the photo, the actor and his pint-sized workout partner both flexed their muscles after lifting some weights.

While the "Green Lantern" hunk is superhero shape now for his upcoming role in "Deadpool," he wasn't always so disciplined with his diet and exercise routine.

"I was pretty unhealthy," he recently told Men's Fitness. "I didn't care what I ate or what I drank."

When he landed a role in "Blade: Trinity," Blake Lively's other half got serious. After three months, six-day-a week workouts, and a 3,200-calorie daily diet, Reynolds gained 25 pounds of muscle.

"That time changed my life because it taught me you can actually do things that were previously impossible," he admitted. 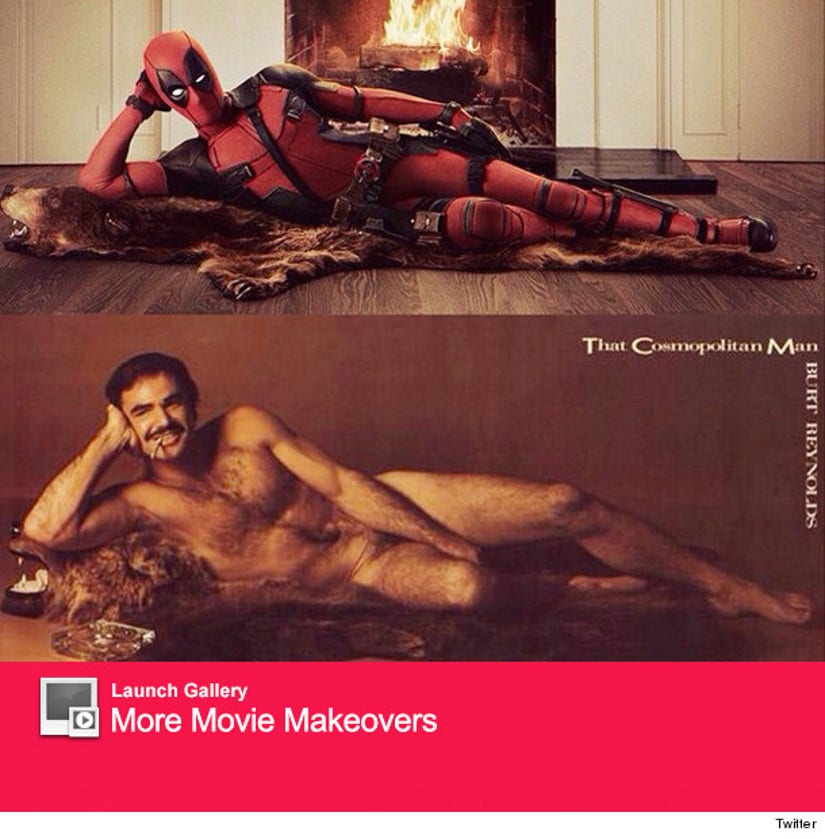 Last week, Ryan also showed off the first photo of him in his "Deadpool" costume, which drew some inspiration from a very naked Burt Reynolds.

"I've been a fan of Deadpool all my life, so i was gonna murder someone if it wasn't me [who played him]," he revealed. "He was a last-minute addition to 'Wolverine,' so I had to gain muscle quickly. I was eating, like, live children as they passed in order to bulk up."

Lets hope his workout buddy isn't his next meal!