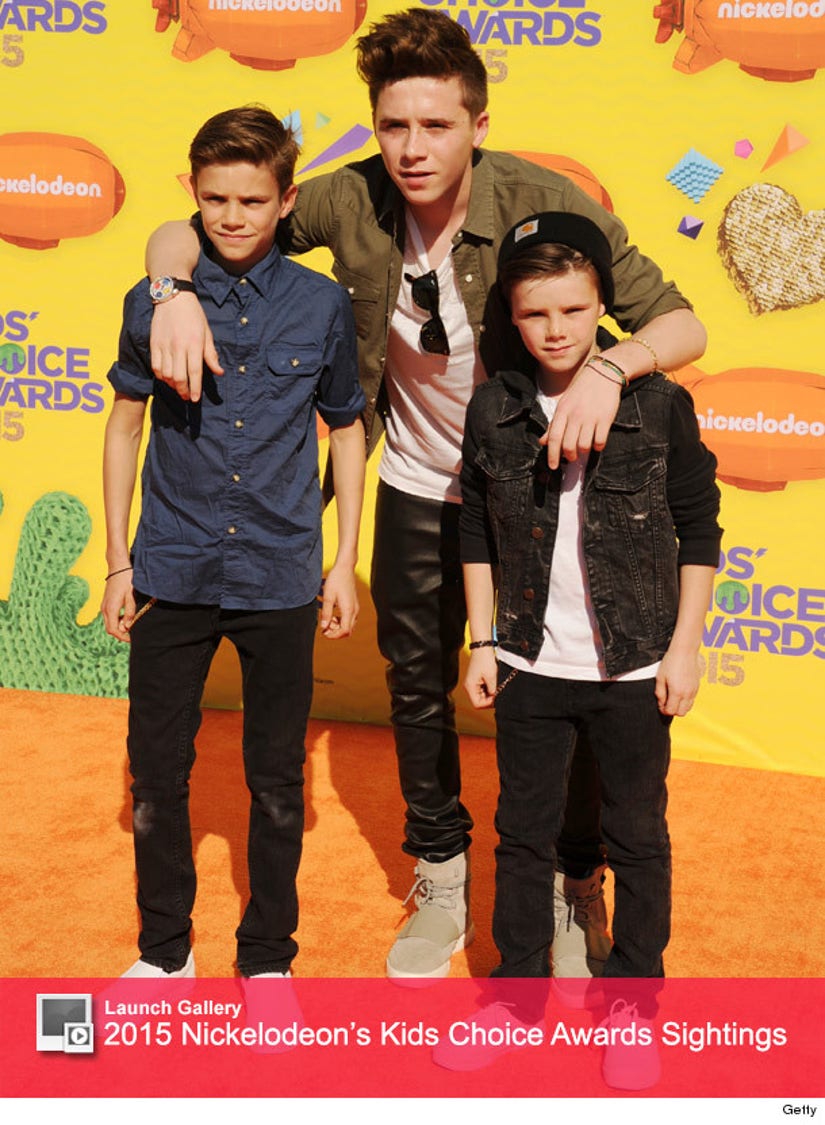 Brooklyn Beckham may have famous parents, but that doesn't mean he doesn't have to work hard!

During an appearance on the "Late Late Show" on Monday, David Beckham revealed why he and Victoria forced their 16-year-old son to get a job at "a small French cafe in London."

"You know what kids are like! They want new soccer boots. They want new sneakers," the father-of-four told host James Corden. "It came to the point where he turned 14 and I thought, 'If you want something then go and work, and then you've got your own money.'"

The teen protested at first, but it turns out, he still works there!

"Much to his dismay we packed him off to the French cafe and he works there every Saturday and Sunday for a few hours," the former soccer star explained. "He gets his own pocket money."

Now that Brooklyn is busy playing soccer and working as a model, he's less interested in his job at the cafe. "I heard him telling his smaller brother the other day and asking him if he would take over his job," his proud papa said.

Check out the clip above to hear David reveal another funny story about his son, including why he tagged along on Brooklyn's first date! 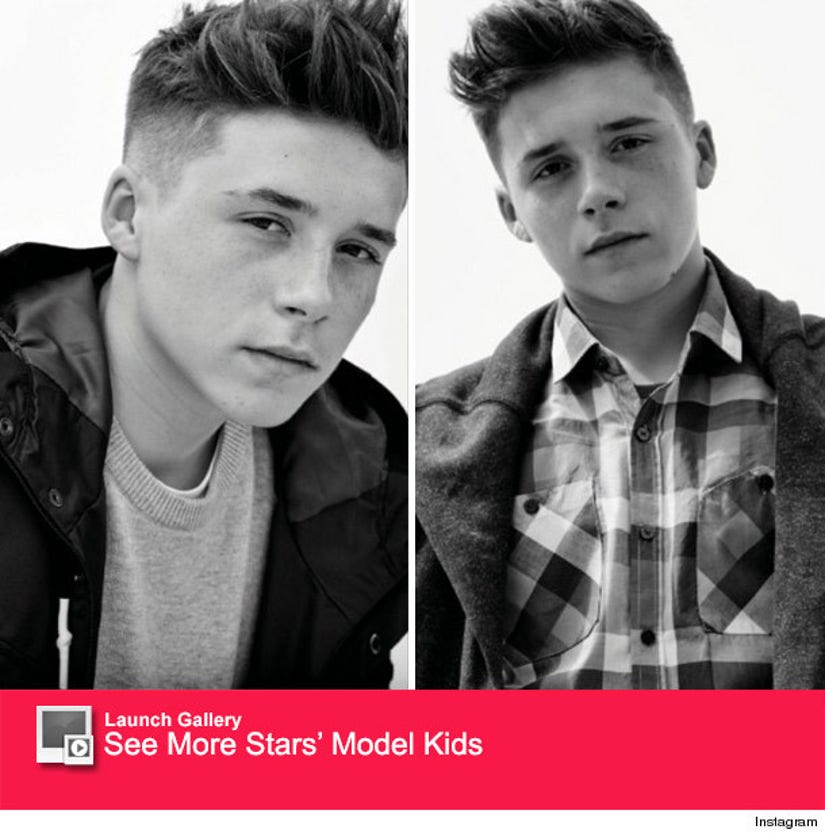 In the fashionable pics, he looked like the spitting image of his famous dad as he posed in a series of athletic ensembles. "#reserved #brooklynbeckham #SS15 @reservedbrand," he captioned captioned the pics from the photo shoot.

While David's known for his sexy H&M campaigns, Brooklyn isn't the first member of his family to try out the world of modeling -- his younger brother, Romeo Beckham, was the face Burberry's 2014 holiday promotions.

Look how adorable all of Beckhams boys are -- check out the gallery at the top to see them hit the red carpet at the Nickelodeon Kids' Choice Awards!