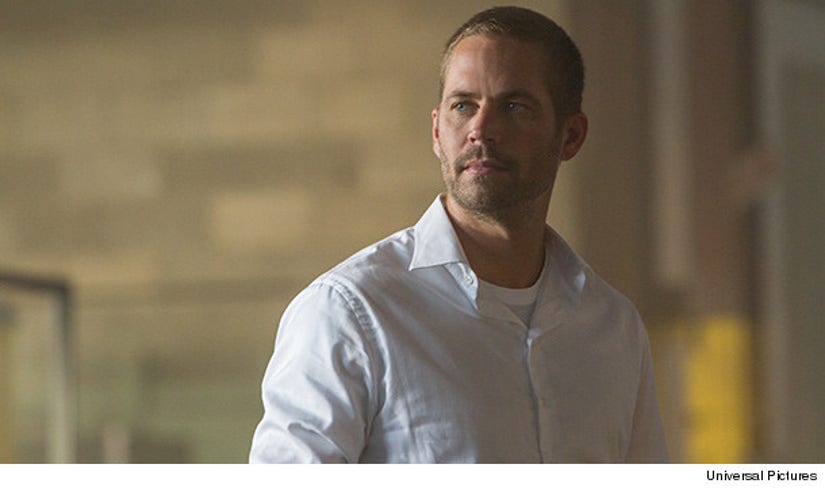 The "Fast & Furious" family lost one of their own when Paul Walker died midway through filming "Furious 7," leaving director James Wan in one of the most challenging positions ever.

But by using unseen footage from previous films, Walker's own brothers as body doubles and some movie magic, he was able to do the impossible: Finish the film.

The director -- who previously helmed horror flicks like "Saw," "Insidious" and "The Conjuring" -- sat down with toofab's Brian Particelli at the junket for the film, where he opened up about the unbelievable challenges he faced after Walker's death, revealed his favorite set pieces to film and updated us all on "The Conjuring 2" and "Saw VIII." 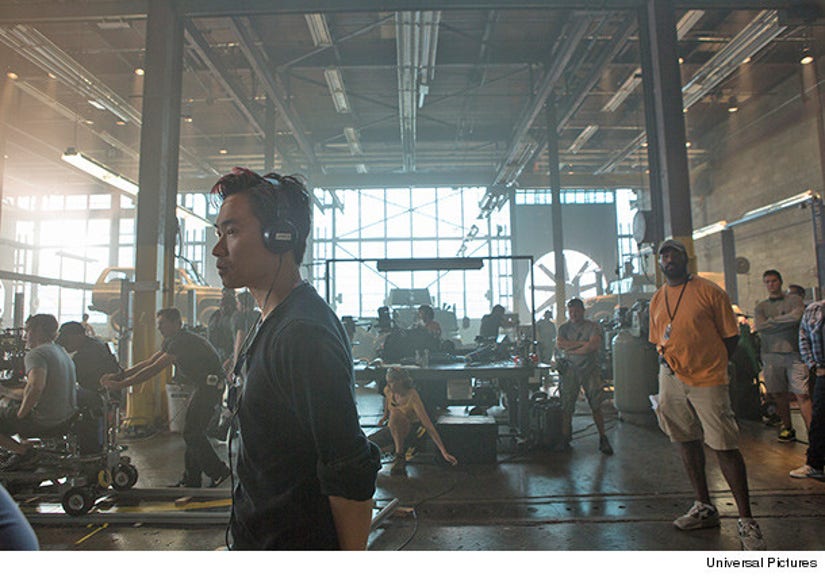 toofab: A lot of people were surprised you were going to direct this film, because of your horror background. Is it completely different taking on an action film?

Wan: To me, commercial filmmaking is pretty much all the same. I find that action films are not that dissimilar to what I've done in horror films. You build your set pieces, you set them up and then you pay them off. The only difference is, instead of a creaking door that swings open in the middle of the night or a creepy person sitting in a rocking chair rocking back in forth, it's car chases, gun fights and explosions.

toofab: This film is a great tribute to Paul Walker and a perfect send-off for his character. How challenging was it to walk that line?

Wan: It's a fine line, such a tight rope. The "Fast & Furious" movies have always been known for how fun they are. They are such likable characters that people care about. To obviously have this tragedy happen during the middle of it was very difficult for us all on so many levels. The technicality of it I wasn't so concerned about, because we have a lot of smart people on it. The difficulty came from the emotional side of things and that was very tough for us.

The idea of going back to set and continue filming after what happened was pretty daunting, but you know it is my task as the captain of the ship to put on the brave face. As difficult as it was, Vin and I felt that we needed to get back out there and keep the show going. Ultimately, we wanted to finish the movie for Paul. The moment we went back to work, our mission completely changed. It changed from being just a fun movie to a movie that is out there to honor and cherish the memories and legacy of Paul Walker. 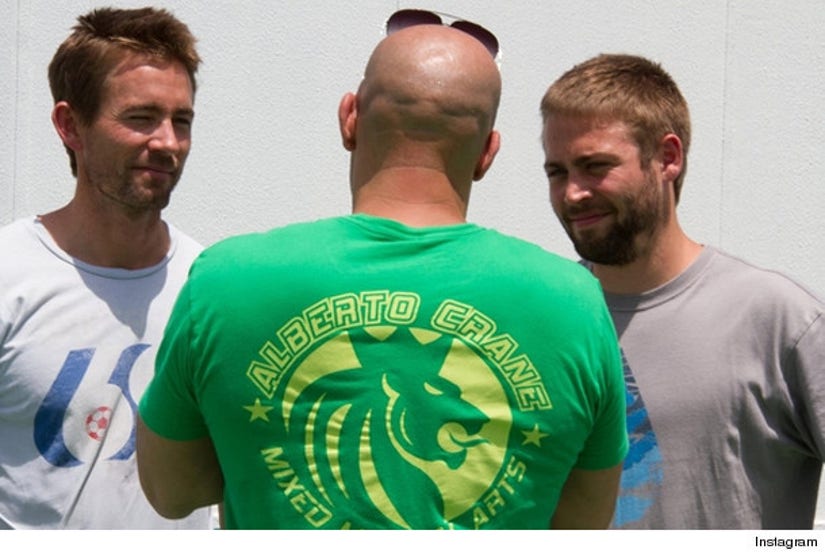 toofab: What was it like having his brothers on set with you?

Wan: It was very important having them there. It made it feel like Paul's presence was still around. When we look at the brothers, we see their mannerisms, the way they talk and the good hearts that they have. It was very heartfelt to have that and it was very touching for us. Paul was such a brother to everyone in the movie, to physically have Paul's brothers be there was the filler in the gap that we needed.

At the same time, it was very important for his family as well, because by doing this it afforded them closure by helping him finish off his legacy. 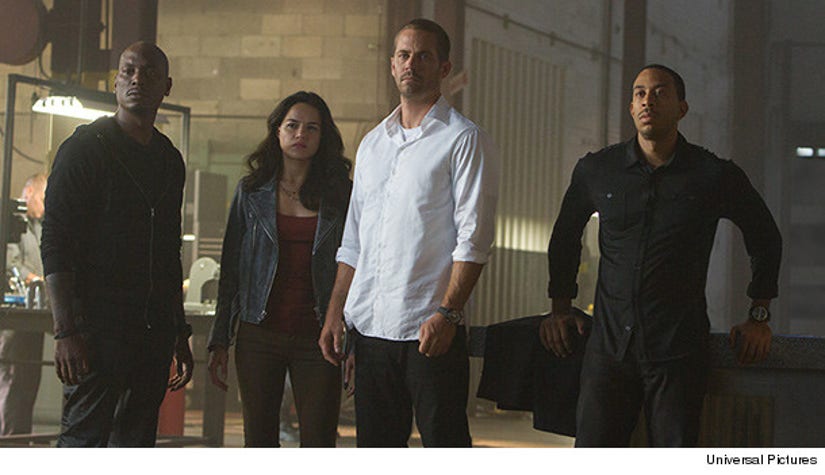 toofab: When the film was completed, did you all have a viewing together?

Wan: [Universal] surprised me by showing it at SXSW, that was literally right hot off the press. I didn't know it was happening. That screening was one of the most incredible screenings I've ever had in my life. It just blew my mind. It was a testament to how many people loved Paul. I've never seen a movie play like that in my life. I think the fans out there will get their opportunity to say goodbye to him one last time. 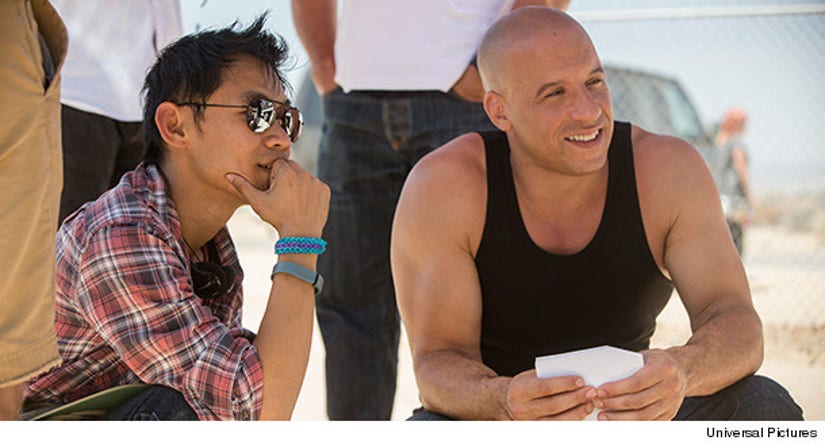 toofab: What was your favorite set piece to tackle?

The fight I also love is with Paul and Tony Jaa. It was incredible just to watch these two sweethearts. It was so awesome watching them beat the crap out of each other while I'm rolling camera. Then, when I call cut, they started laughing and hugging each other. It was beautiful.

toofab: You have "The Conjuring 2" coming up next -- can you tell us anything about that?

Wan: "Conjuring 2" continues the saga with Ed and Lorraine Warren, except their next case takes them to England. I'm very excited about that. I love the idea of coming back to play in the "Conjuring" universe with Vera and Patrick, who I love. The opportunity to set the story, this next true story in England, is very exciting for me because I love the new texture and flavor that's going to bring to it.

toofab: Is "Saw VIII" ever going to happen? Your name is attached to it on IMDB ...

Wan: I don't know why it's on my IMDB! Can you tell IMDB to take it off?! I don't have anything to do with it at this point. I don't know. I will say, "Saw" is such a huge brand and right now just let it sleep for a little bit. But don't be surprised if there are aspirations of wanting to bring it back. I don't think it will be an VIII if they were to bring it back. I think it would be to try to find a new angle to tell a fresh story.

toofab: Would you do another "Fast & Furious" film if Universal decides to continue the franchise?

Wan: I'm not opposed to it, it just depends on how the scheduling and all of that works out. If there is something exciting and different about it, then yeah! I never want to necessarily repeat myself if I don't think I can bring something a bit different to it.