Mariah Carey is throwing it back to her "Honey" days -- 18 years later!

The pop star hit the beach to show off her beach body while on vacation in St. Barts, slipping into a skin tight wet suit .

VIDEO: Mariah Sings "Always Be My Baby" with James Corden

The 45-year-old channeled her iconic 1997 music video, where she donned a super sexy getup while playing a James Bond-like secret agent. This time around though, the singer frolicked in the waves in a more conservative version up ensemble ... but still managed to show some skin as she unzipped the suit, revealing tons of cleavage!

The beach sighting comes days after the singer was linked to director Brett Ratner, who she was photographed with in a bikini. Though he was later spotted kissing another woman, sources tell TMZ Ratner and Mariah were "all over each other" over the weekend.

Do you think these two are hooking up -- and what do you think of Mimi's beach bod? Sound off in the comments section below, then see more hotties on the beach above! 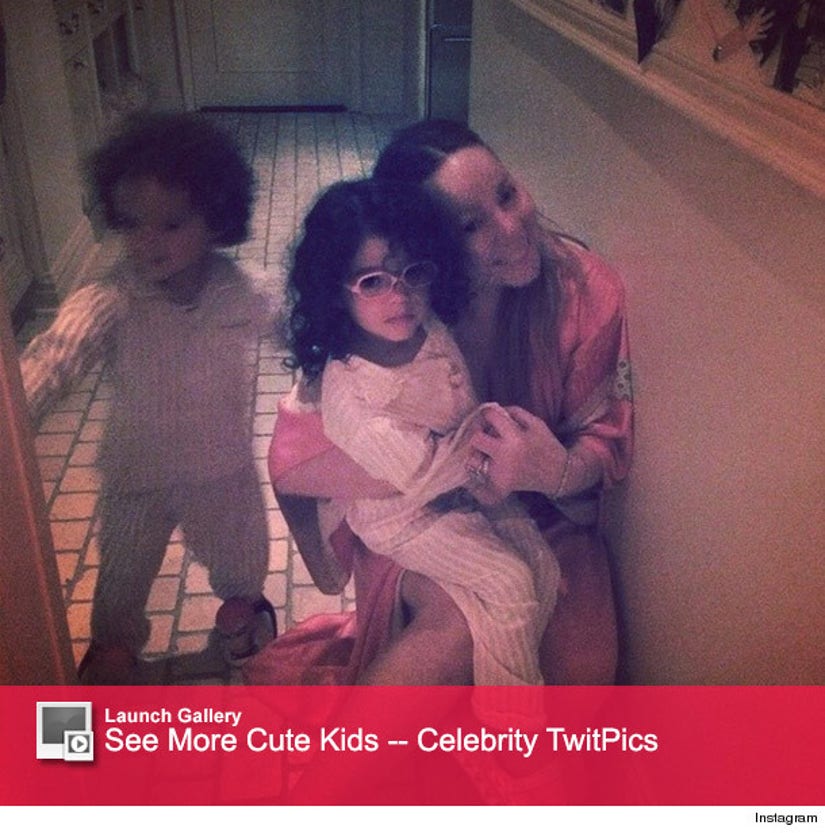