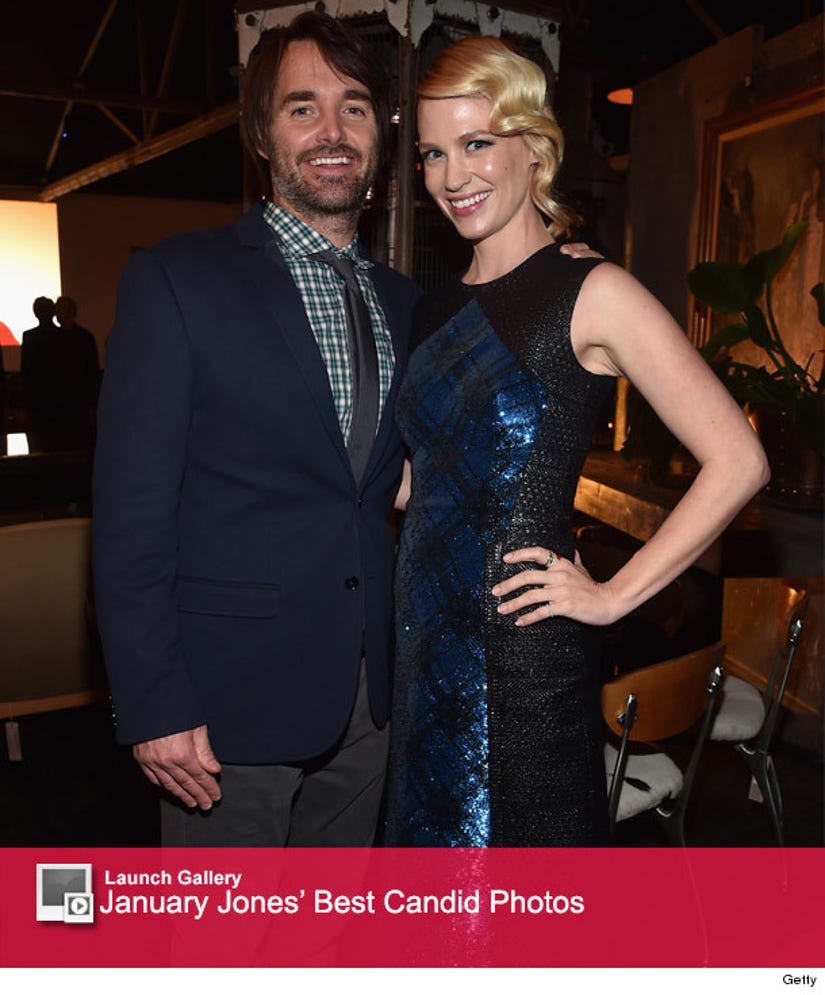 January Jones and Will Forte are officially dating, according to People. Jones and Forte first met back in 2009 when the 37-year-old actress hosted "Saturday Night Live" ... but it sounds like they've taken their friendship to the next level!

The actors have been working together on Fox's new series, "The Last Man in Earth." The single-camera comedy follows the life of Phil Miller (Forte), who was just an average guy until he became the last man on earth -- Jones plays one of Miller's two love interests.

The "Mad Men" star gushed about the "SNL" alum to the mag last month, too. "I have a really fun time on the show," January said of working with Forte. "We spend every day laughing. The biggest challenge has been to keep us from laughing during takes."

The actress -- who has a 3-year-old son, Xander -- ended her last relationship with director Noah Miller in 2013. The blonde beauty's also been linked to stars like Jason Sudeikis, Adrien Brody and Jeremy Piven in the past.

We think Will and January make a pretty great couple!

What do you think about Jones and Forte's dating news? Tell toofab in the comment section below and check out the gallery above to see some of January's most hilarious selfies!