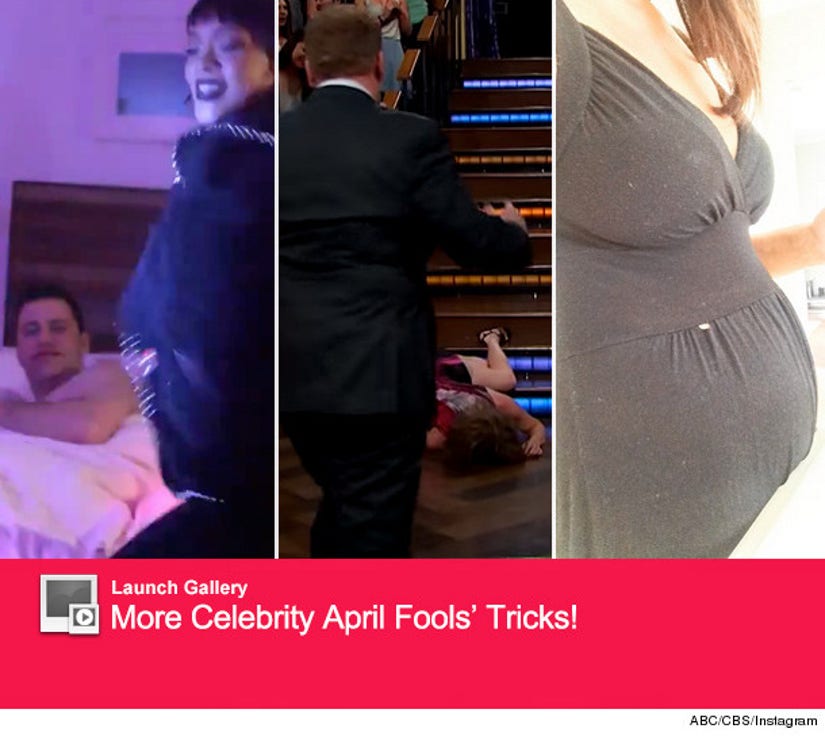 Now that's what we call a wake up call!

Jimmy Kimmel got the surprise of his life on April Fools' Day in the very wee hours of the morning.

The "Jimmy Kimmel Live" host shared the hilarious stunt the pop star pulled on him on last night's show, as she snuck into his house and performed her new song "Bitch Better Have My Money" while he was sleeping!

"Well, I am a really big fan of your April Fools' pranks, so I was like, 'I wanna do that, if I'm gonna go on the couch let's get him pranked," she explained of the idea.

In the clip, the 27-year-old arrives at the late night host's house at 1 a.m. where she's let in by his wife Molly McNearney ... then creeps up to his bedroom to find the 47-year-old sleeping.

The "Rude Boy" singer then then throws money on the host as she launches into a hilarious rendition of her new hit single, complete with confetti and strobe lights.

Jimmy looked stunned and confused, as the songstress jumped on his bed and shined a flashlight in his face while her back-up dancers continued their routine.

"It seemed like a UFO had landed," Jimmy described the prank as he stood in his living room. "I didn't know what was going on."

Watch the whole hilarious joke above!

What do you think of Rihanna's funny prank?! Sound of below!