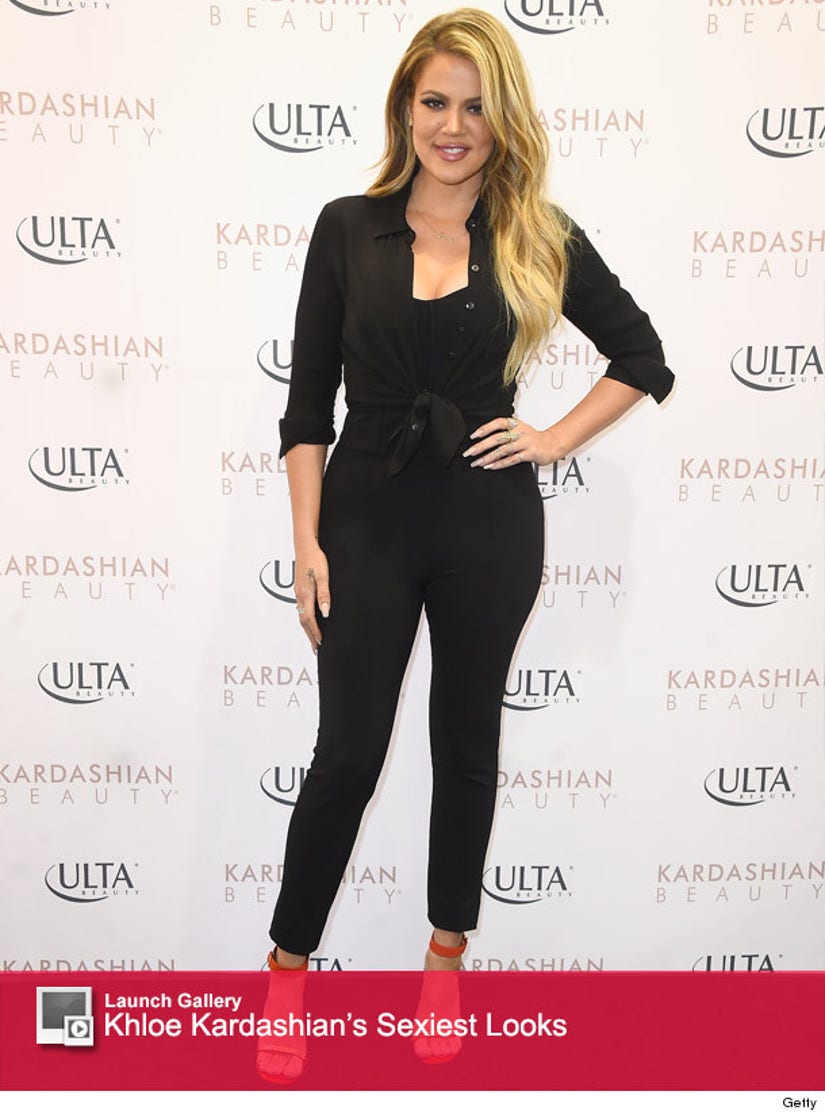 If you mess with one Kardashian...

Khloe Kardashian stepped out to promote the Kardashian Beauty Hair Care And Styling Line at Ulta in West Hills, California on Thursday.

The 30-year-old stunned in all black wearing a Kardashian Collection jumpsuit and Theory blouse, adding a pop of color with red Celine strappy sandals. The "Keeping Up With The Kardashians" star kept her freshly blonde locks off to the side in loose waves.

At the event, the reality star opened up about recent Jamie Foxx's recent joke about Bruce Jenner.

"I just think it's a low blow. I think it's very mean. I wish him all the best. It is what it is," Khloe told The Insider. "I know Jamie, so I think that's also why that's a really low blow. But hey, guess that's what he felt the need to do for a little press"

The actor hosted the 2015 IHeartRadio Music Awards on Sunday and during his opening monologue made a distasteful joke about reports the former Olympian is transitioning into a woman.

"Bruce Jenner will be here doing some musical performances. He's doing a his and her duet by himself," he said. "Look, I'm just busting your balls ... while I still can."

The youngest Kardashian sister wasn't the only one miffed at the comments. After the show viewers took to Twitter to criticize the untimely joke.

What do you think, are you team Khloe? Tell toofab in the comments section below then click "Launch Gallery" to see the star's best looks!