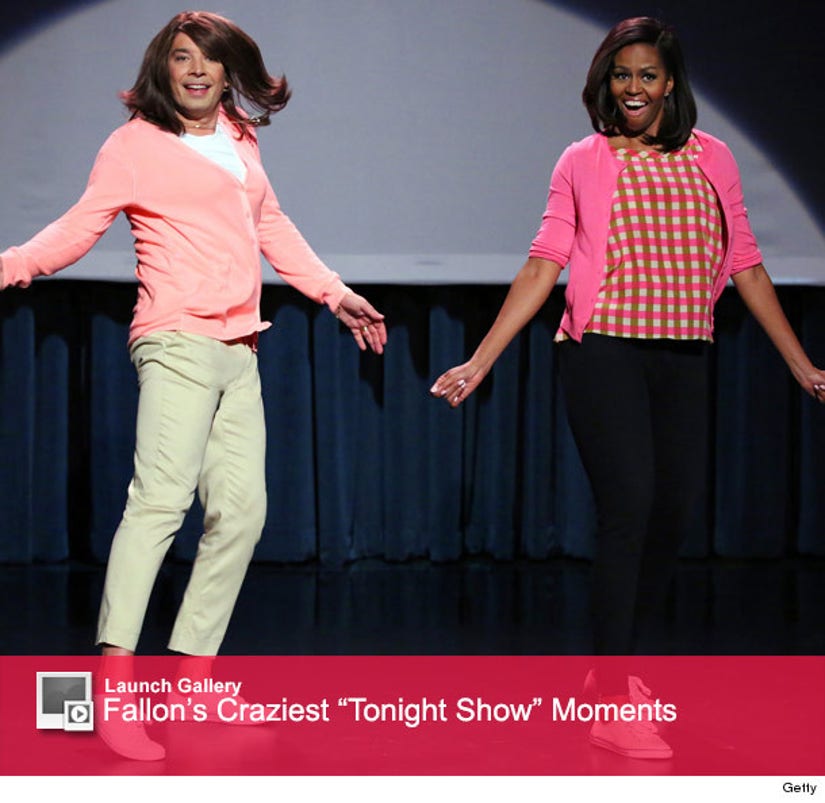 Michelle Obama returned to "The Tonight Show" on Thursday night to show off her dancing skills in Part 2 of "The Evolution of Mom Dancing."

It's been more than two years since the first installment of the funny skit, and this one featured a wig-wearing Jimmy Fallon taking on the First Lady with snazzy moves including the "Shimmy Twist," "Shush and Tush" and the "You Go, Girl!"

By the end, the dance routine turned competitive when Fallon playfully made fun of President Obama's dancing. Michelle responded by mocking the late night host's shimmying skills -- and it's hilarious!

Like her recent "Uptown Funk" dance-off on "The Ellen DeGeneres Show," this latest appearance was also tied to Michelle's "Let's Move!" initiative.

In case you missed it, FLOTUS recently got down with the daytime talk show host in a choreographed dance to Mark Ronson and Bruno Mars' hit.

"We're asking folks all across the country to #GimmeFive ways their leading a healthy life. We've got a lot of celebrities involved," she said, thanking Beyonce, Nick Jonas and Ryan Seacrest for their involvement.

To see Ellen and Michelle's hip thrusting, watch the video below now!