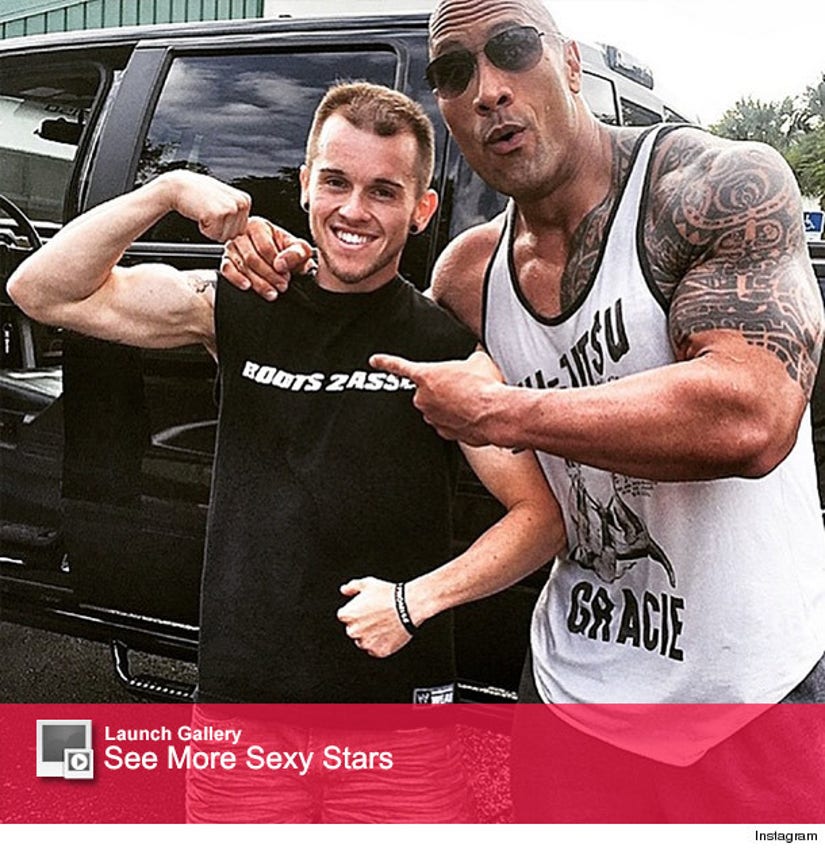 Even "The Rock" gets choked up sometimes.

Dwayne Johnson showed his softer side on Sunday in an Instagram post the detailed a chance encounter he had with a fan who is currently fighting cancer.

"Cool story to share on Easter.. After my workout I'm drivin' in my pick up and notice these kids in the rearview mirror screamin' & runnin' after my truck. Thought to myself, "Should I stop or keep drivin'? I stopped," he began as he retold the fateful encounter.

"I hop out of my truck and this kid runs up to me, hugs the hell outta me and says it's been his life's dream to meet me and tell me how much I've inspired him to fight cancer (Hodgkin's lymphoma) and hard core chemo and stem cell transplant treatments."

The actor continued, "He was a little teary eyed and said for months and months all he's wanted to do was find me and say this face to face. I told him what it meant to me to hear this story. I thanked him, hugged him (and his friends), got back in my truck and drove away."

It's then that he started getting emotional.

"As I'm drivin' I start shaking my head (and tearing up) at how fragile life is and how amazing and cool the universe was to make this meeting happen between myself and this special kid Nick Miller. Let's always take a moment to count our blessings.. cause there's always something to be grateful for. Happy Easter y'all - DJ."

In the photo the 42-year-old star poses with Nick, who's flexing as the former WWE wrestler looks impressed by his guns.

The post comes on the heels of the opening weekend for "Furiour 7," with Johnson once again returning as Hobbs. The film features an emotional tribute to the late Paul Walker -- which you can see here.

What do you think of "The Rock's" touching post? Tell toofab in the comments section below!