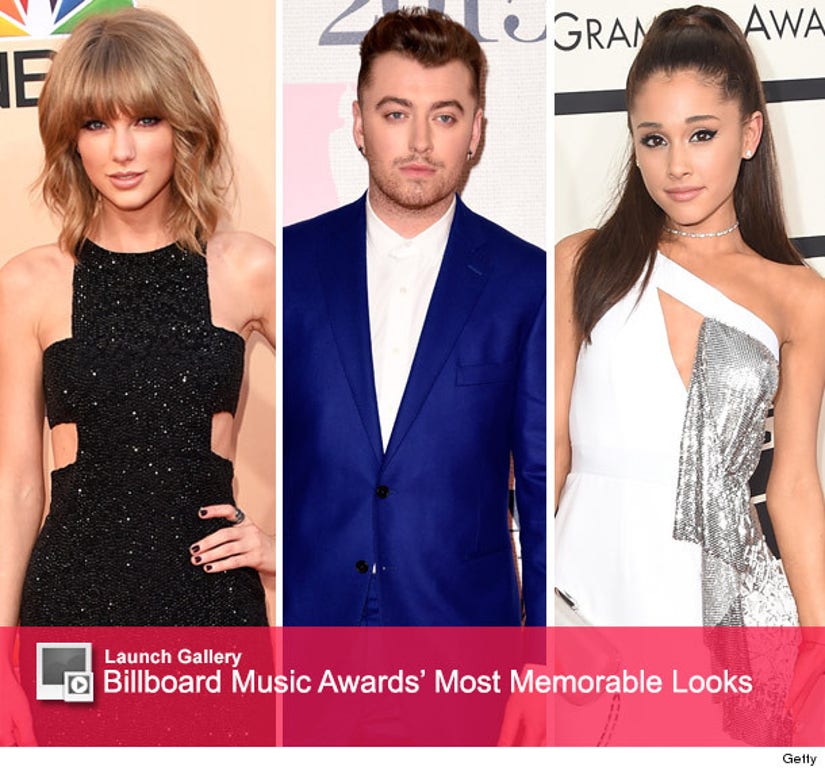 NEW YORK (AP) -- Taylor Swift's mega-selling "1989" album has earned her a nomination for top artist at the 2015 Billboard Music Awards.

Swift's "1989'' is a finalist for top Billboard 200 album, where it will battle efforts from Smith, Ed Sheeran, Maroon 5 and Pentatonix.

The show will air live on ABC on May 17 from the MGM Grand Garden Arena in Las Vegas. Ludacris and Chrissy Teigen will host the awards show.

Check out the first five categories below, and stay tuned for the rest of the finalists here on toofab.

TOP HOT 100 SONG
Iggy Azalea feat. Charli XCX, "Fancy"
John Legend, "All of Me"
Sam Smith, "Stay With Me"
Taylor Swift, "Shake It Off"
Meghan Trainor, "All About That Bass"