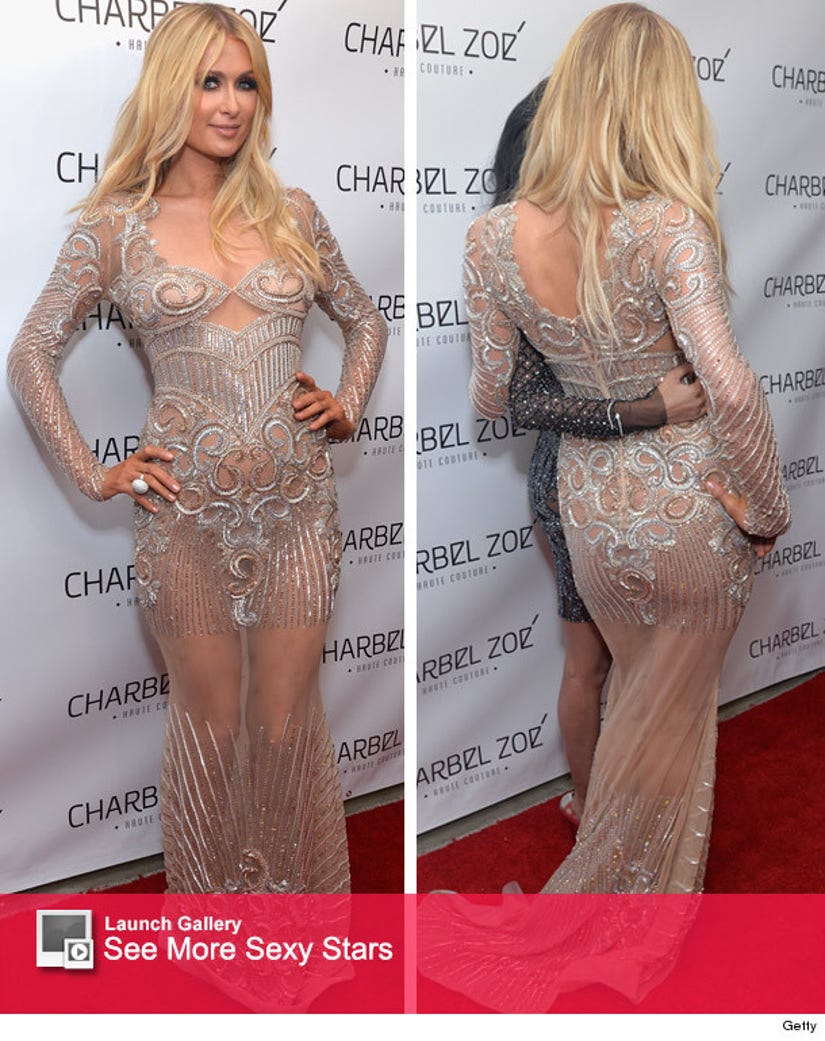 Paris Hilton is getting cheeky!

The famous heiress left little to the imagination with she stepped out on the red carpet at the launch party of designer Charbel Zoe's new Los Angeles flagship store on Tuesday night.

Sporting a sheer, floor-length Charbel Zoe gown with perfectly-placed jeweled embellishments, the blonde beauty put her killer curves -- and her bare booty -- on display as she posed for pictures.

At the soiree, the former "Simple Life" star and other guests were treated to sips courtesy of Glampagne and Caffeinated Club, a flavor infused club soda with a boost of caffeine.

Love her or hate her, this 34-year-old socialite knows how to make a statement! 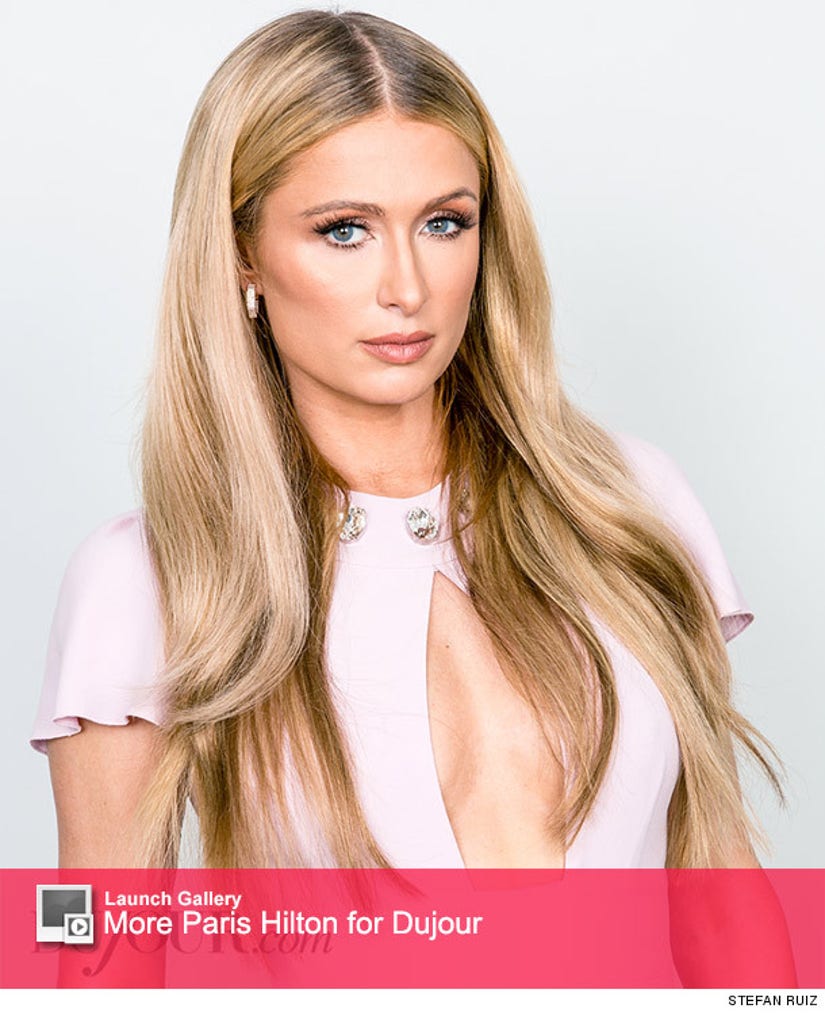 While the business mogul isn't afraid to go wild when it comes to her style, she admits that her wild partying ways are a thing of the past.

"I like to see girls looking hot and having fun—that's what life's about," she recently told DuJour.com. "But I'm kinda over the whole scene. I used to love going out all the time but now it's only for DJ'ing and getting paid."

Hilton doesn't party much now, she says, because "Thursday is the cool night, and I have to get up and work."

Paris has proved her prowess as a business woman, which is something her fans don't always expect after seeing her on reality TV.

"I was playing a character on 'The Simple Life,' so I don't blame people for thinking I was ditzy," she revealed. "People assumed that's who I really was. Now they meet me and realize I'm completely different. But it doesn't bother me that people thought I was dumb."

"Playing that character made life easier—I do have a certain amount of shyness, which I'm sure is a surprise to people/ And I've never cared what people think about me—I know the truth," she added. "I've always known what I was capable of."

There is definitely more to Paris than meets the eye!

What do you think of her candid comments ... and her latest revealing look? Sound off below.