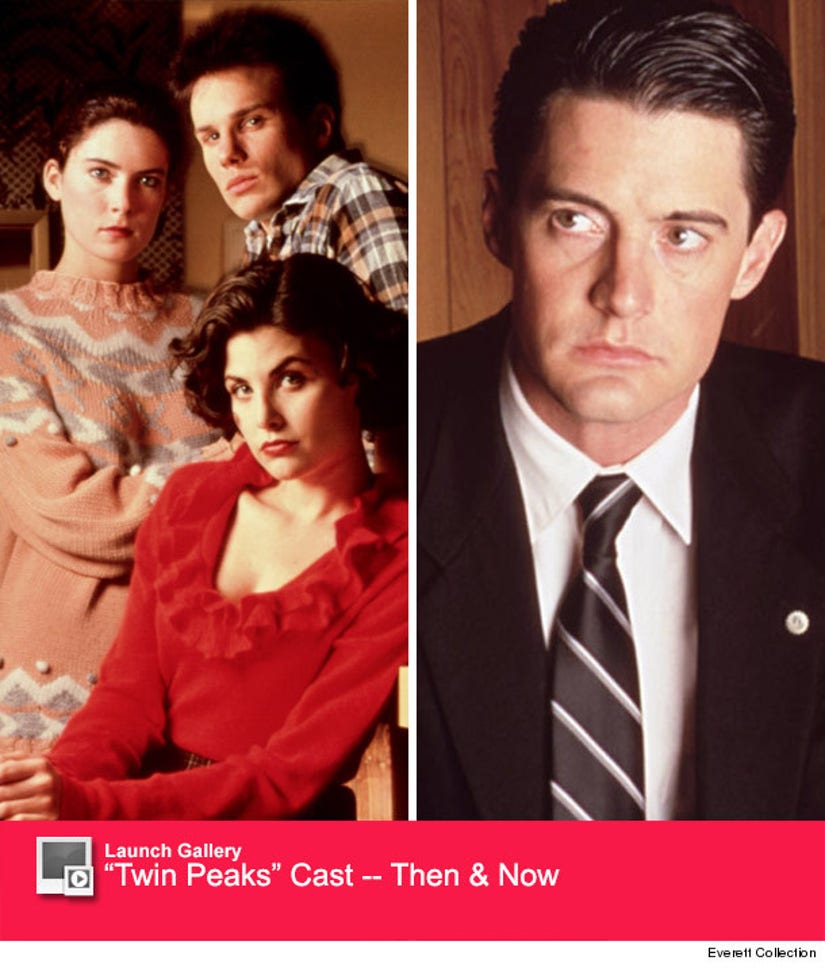 As Laura Palmer on "Twin Peaks," Sheryl Lee promised "I'll see you again in 25 years" -- and she kept that promise!

25 years after the David Lynch murder mystery premiered on April 8, 1990, the cast is rallying together around its creator, pleading for him to return to Showtime's planned continuation of the series.

While the series was greenlit from the network, the kooky director pulled out over the weekend -- saying he left "because not enough money was offered to do the script the way I felt it needed to be done.”

At this point, it's unclear whether Showtime will continue working on the series without him, but it doesn't sound like the cast wants that to happen.

Madchen Amick -- who played Shelly Johnson on the cult classic show -- posted a video on her social networking pages today, showing her and the rest of the cast begging Lynch to come back.

The clip is packed with familiar faces to anyone who watched as Agent Cooper (Kyle MacLachlan) tried to solve Laura Palmer's murder back in the day, many of whom we haven't seen in quite some time.

Lee, Amick, Dana Ashbrook, Sherilyn Fenn, Peggy Lipton, James Marshall, Kimmy Robertson, Gary Hershberger and even The Log Lady pop up, showing us what they all look like now.

Sadly, there's no appearance from MacLachlan himself or series regular Lara Flynn Boyle, who was spotted last week looking like a new person.

Check out the video below to hear their pleas. Do you think the show should go on without Lynch at the helm?

”Twin Peaks without David Lynch is like…??” …we want to hear from you #peaksies#SaveTwinPeaks - brought to you with love from the cast of #TwinPeaksHere's our OFFICIAL TWIN PEAKS CAST run website! - https://m.facebook.com/savetwinpeakshttps://www.whosay.com/l/QVmapdk