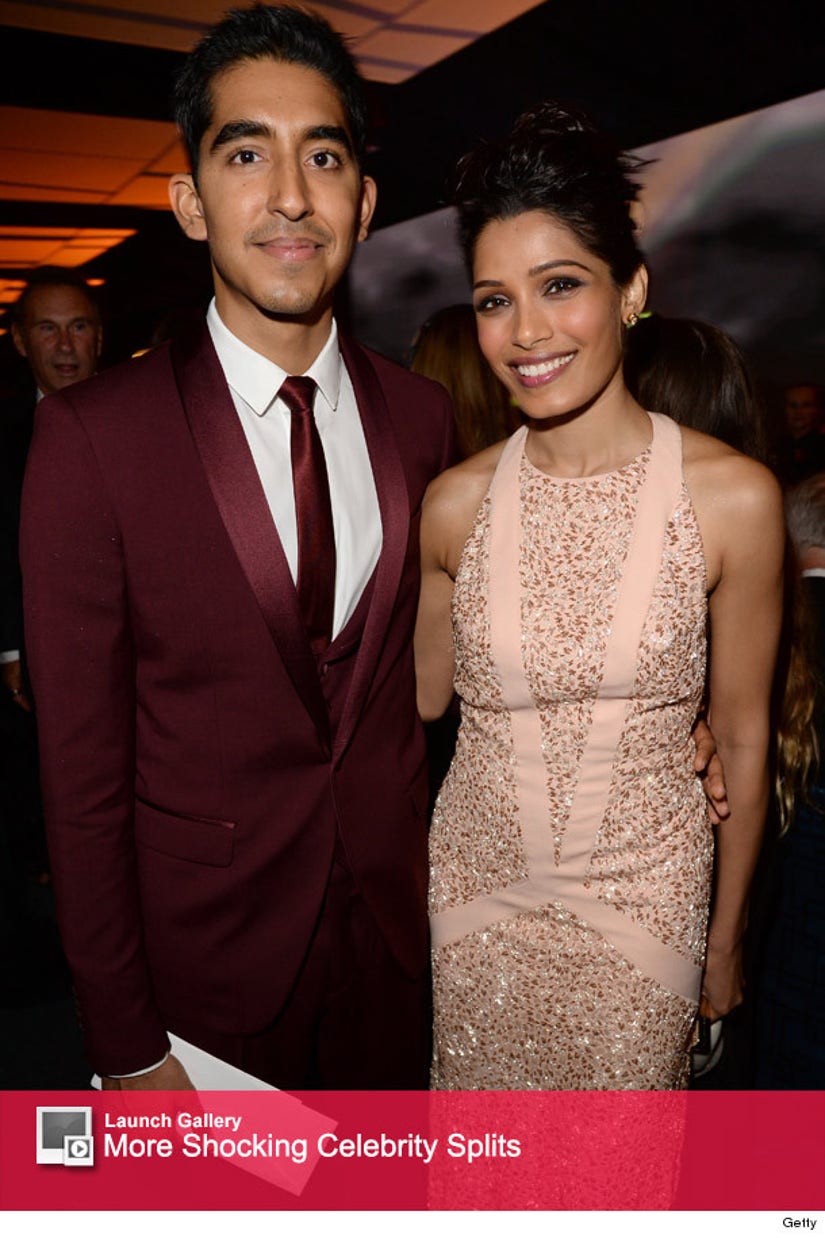 Freida Pinto and "Slumdog Millionaire" costar Dev Patel ended their six-year relationship back in 2014 -- but now, she's finally spilling on the split.

"Dev and I are best friends. That's never going to change," Pinto tells USA Today. "Everybody has their own discoveries to make. Their own surprises, their own disappointments, and they're all part and parcel of life."

"There is no way one person can sit down and go, 'But why did this happen to me?' Or, 'It was all going well, what the hell happened?' Or, 'No, this just can't be,' the denial of it," she continues.

"Running away from it is not going to help you find your answers. So we're facing it. And we're dealing," she adds.

The couple started dating after meeting on the set of "Slumdog Millionaire" back in 2008. The flick won Academy Awards and made these two a darling couple in Hollywood.

Patel finally confirmed their split back in February, and he was just as complimentary of his ex.

"She's just a really generous patient human being who has been one of the most impactful people in my life," Patel told The Guardian after the breakup. “We are incredibly close.”

What do you think about their candid comments? Sound off below!