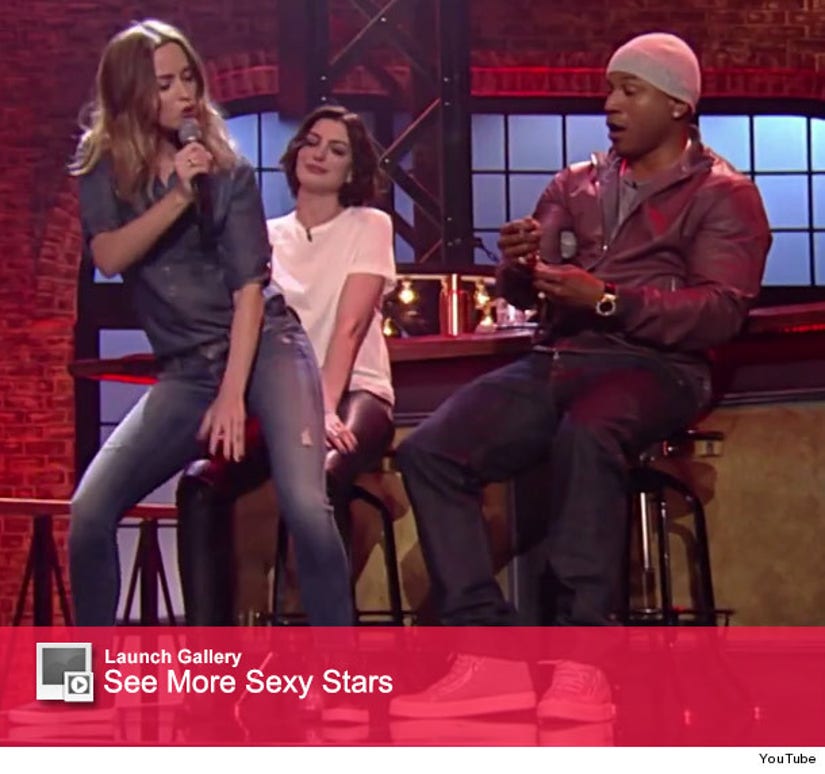 This is Emily Blunt like you've never seen her!

The actress took on "Devil Wears Prada" costar Anne Hathaway on Spike TV's "Lip Sync Battle" on Thursday night, where she slayed her performance of "No Diggity."

Anne started things off with her rendition of Mary J. Blige's "Love." The brunette beauty got the crowd to their feet during the rap verse, but her lip syncing skills didn't faze her competitor.

"I'm not concerned. I mean, I'm all right. I mean, I thought it was cheap to have done all that stuff," Blunt said, grinding her hips like her former costar. "It's easy."

The "Into the Woods" star proceeded to stun everyone -- including hosts LL Cool J and Chrissy Teigen -- with her perfect execution of Da Brat's rap verse.

The best part? Emily even gave Anne a lap dance as she recited the lyrics!

In the end, Anne pulled off the win after her stellar performance of Miley Cyrus' "Wrecking Ball" ... complete with a real-life wrecking ball.

Check out the clip above to see these two in action -- you don't want to miss this!