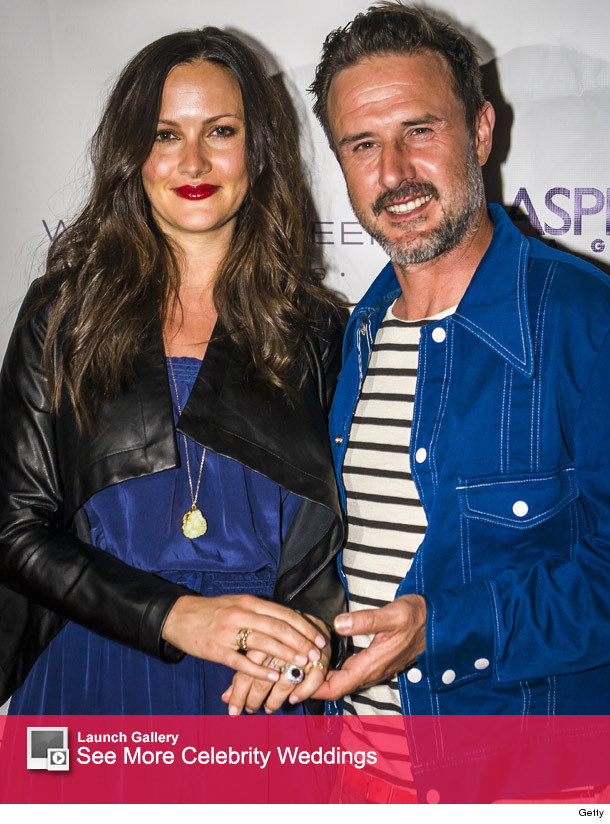 David Arquette is officially off the market ... again!

The actor said "I do" to girlfriend of two years Christina McLarty during an intimate ceremony in Los Angeles on Sunday.

The "Scream" star's rep confirmed the big news to People, adding that the two were joined by their closest family and friends for the special celebration.

This is the second trip down the aisle for David, who was married to the "Friends" star from 1999-2013. The "Scream" alum has been with the entertainment host for two years, and the cute couple got engaged last year ... shortly after welcoming their son.

What do you think about the 43-year-old's wedding news? Tell toofab in the comment section below and click "Launch Gallery" above to see even more celebrity weddings!