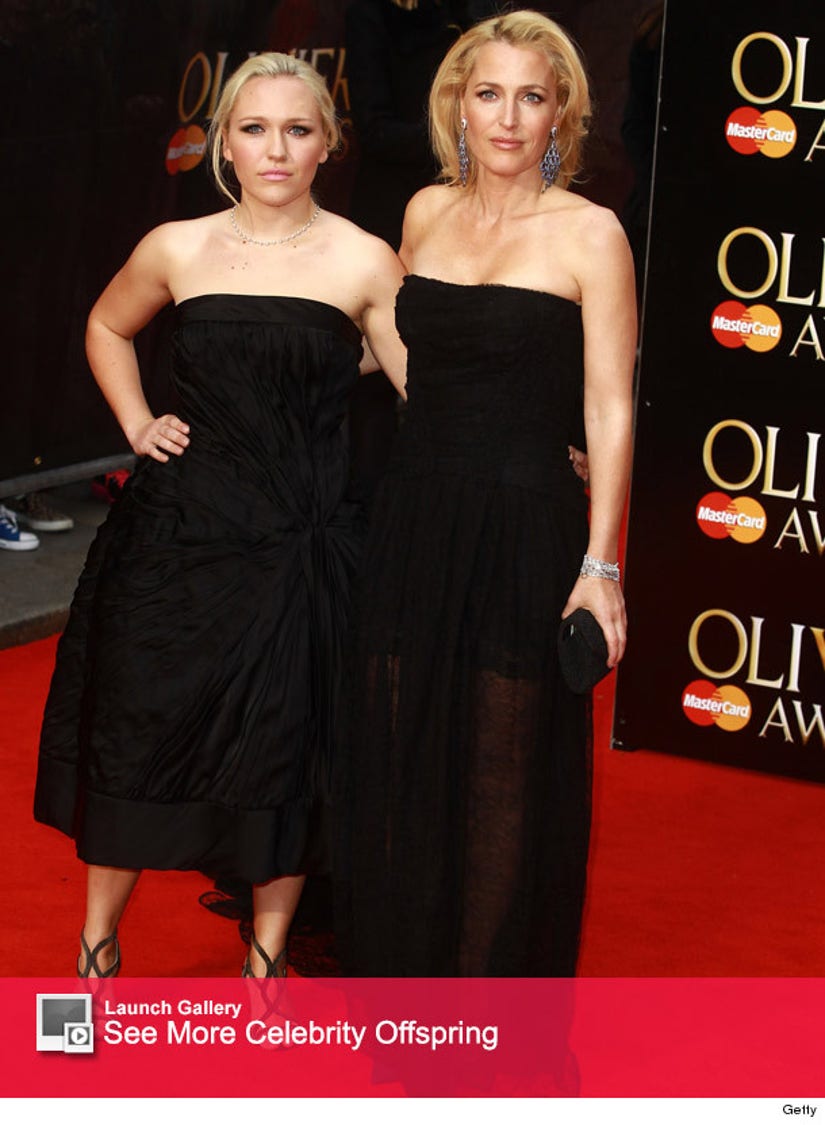 Gillian Anderson and her lookalike daughter Piper Maru Klotz stole the spotlight on the red carpet at The Olivier Awards in London on Sunday night.

Between their nearly identical black strapless gowns, piercing blue eyes and bright blonde locks, the 20-year-old is the spitting image of her famous mother!

Piper added a touch of edge to her elegant ensemble with a nose piercing, sexy cutout sandals and fierce smokey eye makeup, while the actress opted for more classic accessories.

The young beauty is Anderson's oldest child from her first marriage to Clyde Klotz, who was the assistant art director on "The X-Files." Gillian also has two sons from another relationship. 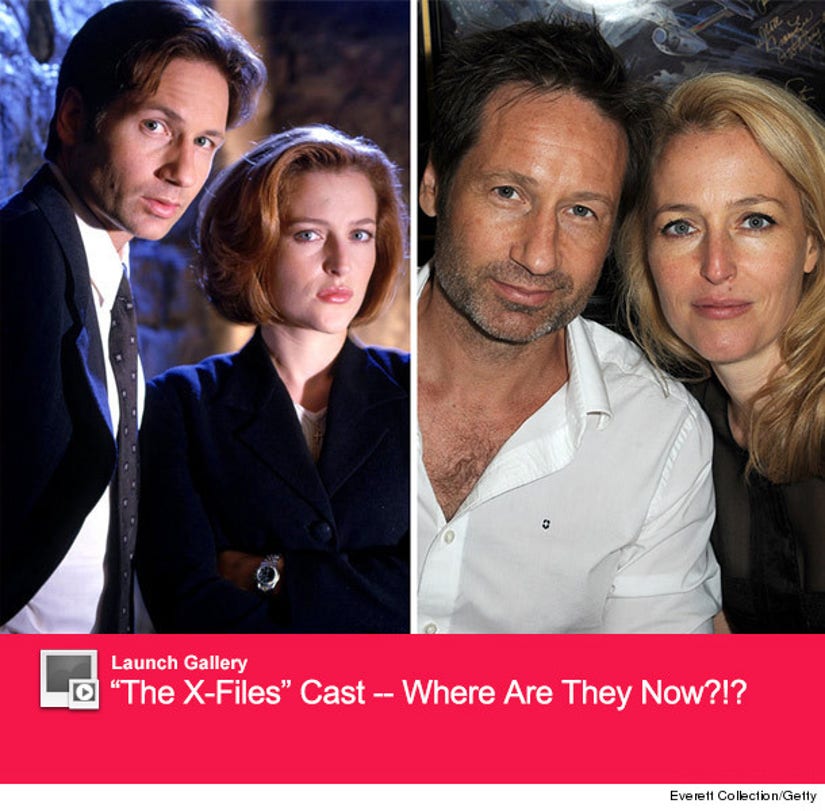 Speaking of "X-Files," fans will be seeing the veteran actress reprising her infamous role of Dana Scully soon!

Fox recently confirmed the network is bringing back the cult classic as a limited, six-episode series, 13 years after the original show ended its nine-season run.

"I think of it as a 13-year commercial break," show creator Chris Carter said in a statement. "The good news is the world has only gotten that much stranger, a perfect time to tell these six stories."

Production is set to begin this summer, though it's unclear when the new episodes will air.

Are you excited to see Gillian back in action? Who knows, maybe Piper will make a cameo!