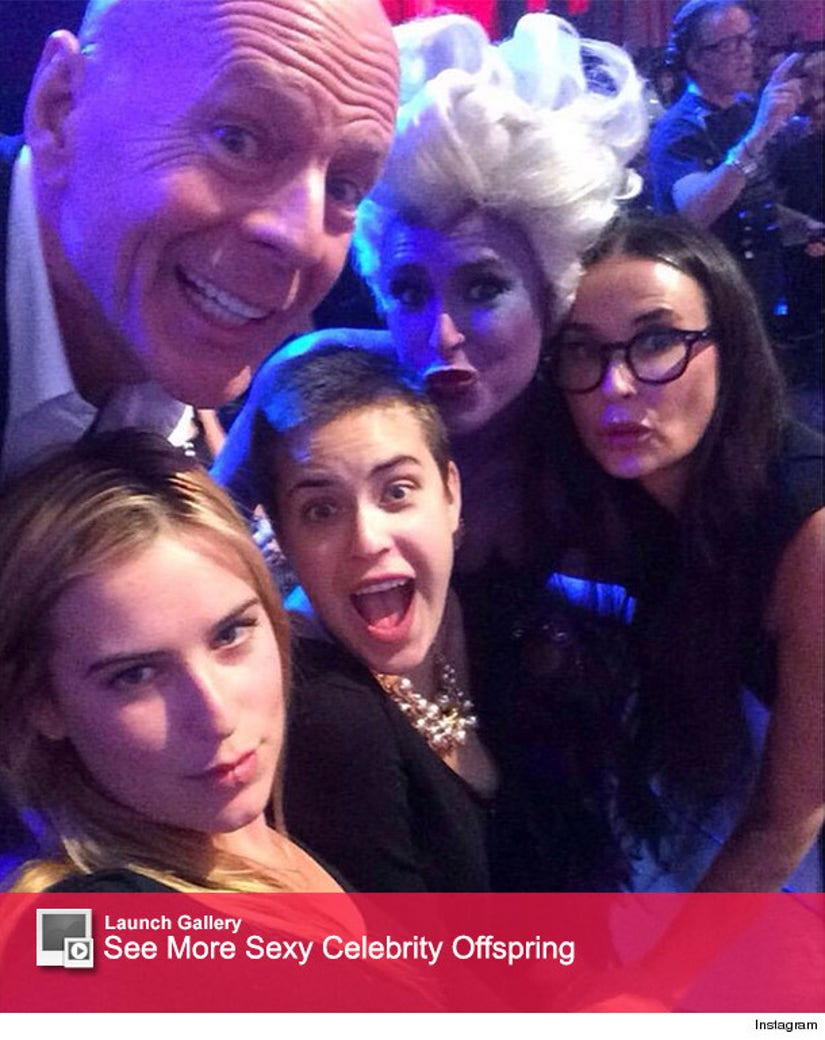 Well this is something we don't see often!

Demi Moore and Bruce Willis may be divorced, but that doesn't stop them from supporting daughter Rumer Willis together on "Dancing With The Stars" -- or even posing for a family photo-op!

The exes came together on Monday night and posed with their three girls in a silly snap that Tallulah Willis later posted on Instagram. "#familyportrait #rare," she captioned the pic.

In the shot, the 60-year-old action star poses alongside daughters Scout, 23, Tallulah, 21, the "Ghost" star and Rumer in her Ursula costume for DWTS' Disney night.

The 26-year-old's family has become a fixture in the audience for the celebrity competition show, but this time they cheered on the star as she danced to "Poor Unfortunate Souls" from "The Little Mermaid."

Clad in a white wig, and purple body paint, "The House Bunny" actress and her partner Val Chmerkovskiy danced an amazing performance of the samba, complete with fog and an underwater-themed set.

The judges also seemed to love her routine, giving the show's front runner 39 points out of 40. Carrie Ann Inaba called the performance "sickly creative" and we have to agree -- the star killed it!

Watch her full performance above!

What do you think of the family's rare portrait?! Sound off below then click "Launch Gallery" for more celeb offspring!