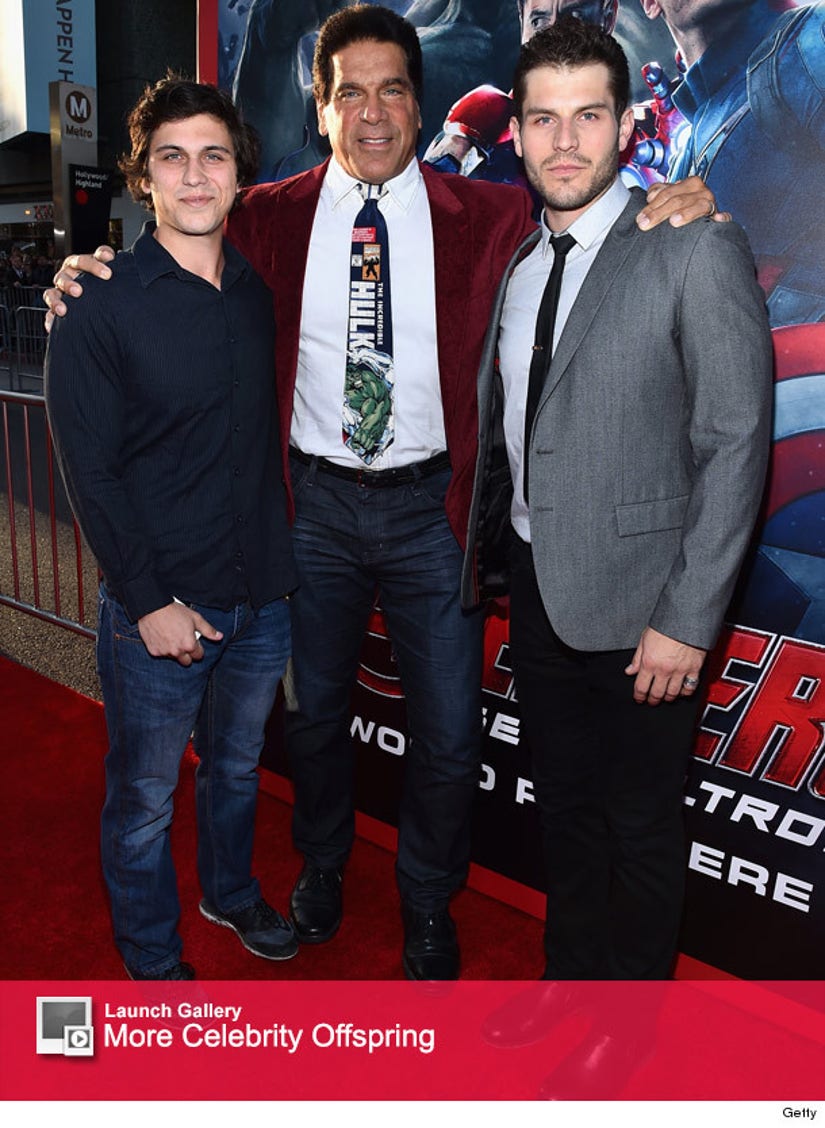 Lou Ferrigno has some good genes!

The 63-year-old actor proudly showed off his brood on the red carpet, posing for pictures in a red sport coat, dark jeans and an Incredible Hulk tie (of course!).

Lou Jr. (right) is following in the footsteps of his famous father to pursue a career in acting.

You might recognize the 30-year-old hunk from recent guest-starring roles on "NCIS," "Agents of S.H.I.E.L.D" and "Nashville." He also is set to appear in upcoming films, "Perception," "Muse" and "Urban Myths" later this year.

Meanwhile, Brent, 25, (left) appeared on the family's reality show, "The Incredible Ferrignos," back in 2011.

We love that Lou brought his kids to the premiere -- talk about some handsome sidekicks!

Check out the gallery below to see all the stars at the "Avengers" premiere, including Chris Hemsworth, Scarlett Johansson, Chris Evans and many more!

"Avengers: Age of Ultron" opens May 1, 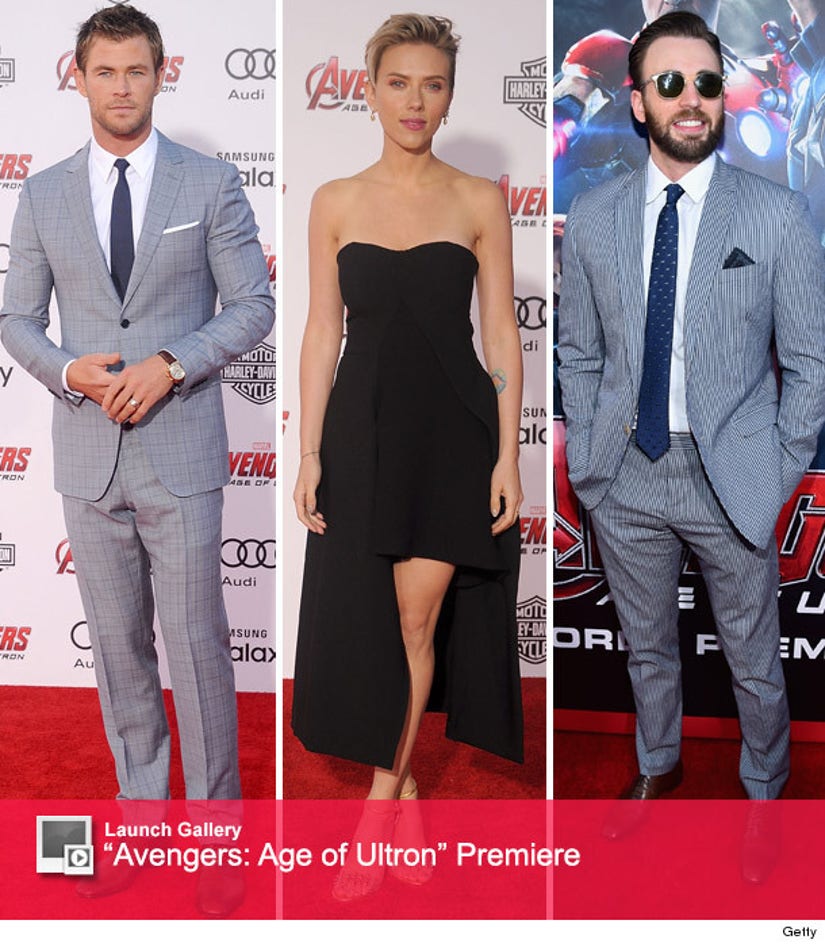